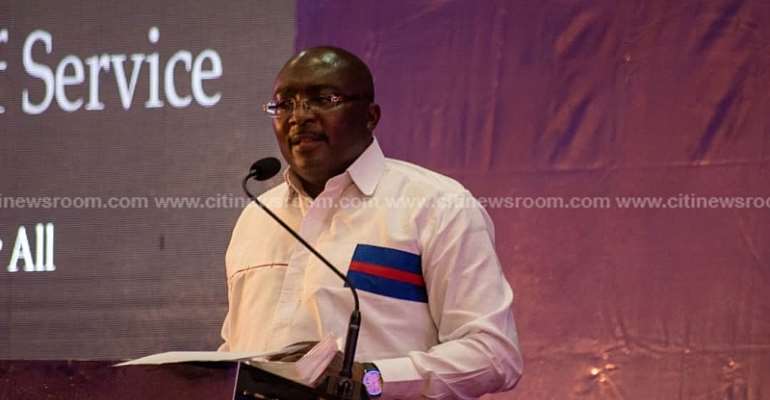 Vice President Dr Mahamudu Bawumia says over four million depositors would have completely lost their funds if not for the financial sector cleanup.

According to him, the erstwhile Mahama’s government’s poor administration of the economy put the country’s financial sector on the verge of collapse but through the intervention of the current government, the monies of depositors were saved.

He further disclosed that the clean-up cost the country GHS21 billion.

“We were on the brink of losing deposits of 4.6 million Ghanaians and that’s why we implemented the rescue plan and you had to essentially rationalise the banking system and make sure that the deposits were saved. So those deposits were saved and the government has had to expend close to GHS21 billion in the financial sector to save these depositors.”

Dr Bawumia also indicated that the Receiver will start payment of depositors who had their monies locked up with Savings and Loan companies following the financial sector clean-up.

“I’m happy to say that so far, as of yesterday, I am informed that liquidity has now been raised to take care of all the Savings and Loans and the microfinance companies. So I think that the Receiver is going to go ahead this week to make payments to these groups,” he further added.

He made this known in an interview on Peace FM on Tuesday, August 25.

Latest Photo Reports
Catch up with all the political quotes from our politicians.
Advertise here
More Politics
ModernGhana Links
Akufo-Addo's response to Aflao Chief was wrong; he must apologise – Kofi Adams
Akufo-Addo’s response to Aflao chief was in bad taste – Dzifa Gomashie
Ghana will become net exporter of salt — Abu Jinapor
‘Henry Quartey is not toying with the job at all’ – Akufo-Addo
'No sensible person grows perishable sugarcane to get rotten waiting for a factory' – Adongo jabs 'clueless' Akufo-Addo
E-block: Retract, apologise to Aflao chief over 'build it yourself' comment – Ablakwa fires Akufo-Addo
It’s inaccurate to say e-block projects have been abandoned to rot – Education Ministry
Mahama becoming President again is one of the greatest calamities to befall Ghana — Fixing The Country Movement
Defamation case against Wontumi: Cross-examination of Spio-Gabrah enters day 2
TOP STORIES

Akufo-Addo's response to Aflao Chief was wrong; he must apol...
56 minutes ago

NIA suspends registration at GRA, RGD from October 25
58 minutes ago