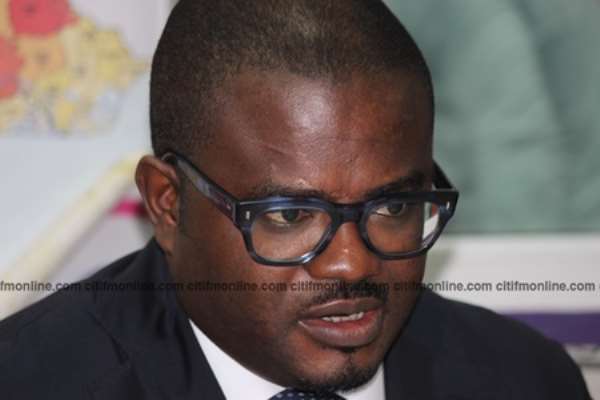 A Deputy Minister of Finance, Charles Adu Boahen, says critics of the Agyapa Royalties mineral agreement lack the understanding of the arrangement.

He maintains the country will make significant gains from the deal.

Some stakeholders have expressed misgivings about various aspects of the deal including the target amount to be raised and the incorporation of the lead company in a tax haven among others.

But speaking on the issues surrounding the agreement on the Citi Breakfast Show, Mr. Adu Boahen explained that the agreement will eventually lead to government raising the much-needed funds to invest in developmental projects.

He said it was inaccurate to say money for five years was being borrowed against the lifetime of mines.

“That shows that they [critics] didn't really understand the transaction,” the Deputy Minister said.

“Of the total royalties we receive every year, 20 percent goes to the Minerals Development Fund which is the statutory requirement,” he explained.

“The rest is what comes to the Minerals Income Investment Fund then that amount will then be transferred to Agyapa Royalties.”

Mr. Adu Boahen added that Agyapa is expected to be “investing in new mining companies who are doing exploration and also in acquiring royalty streams of other gold mining companies across Africa.”

“A portion of that money will go to expanding Agyapa Royalties' operations. It is only the remainder that will be paid out as dividends to shareholders of which the Minerals Income Investment Fund will still be the majority shareholder,” he said.

The Government through the Minerals Income Investment Fund set up a limited liability company, Agyapa Royalties Limited to receive money Ghana is supposed to earn from gold royalties.

In exchange, the company will be raising between $500 million and $750 million for the Government on the Ghana and London Stock exchanges to invest in developmental projects.

The Minority in Parliament kicked against the deal and boycotted its approval in Parliament saying it will shortchange Ghanaians. CSOs kick against Agyapa agreement

Fifteen Civil Society Organizations (CSOs) under the umbrella name Alliance of CSOs working on Extractive, Anti-Corruption and Good Governance are also demanding the immediate suspension of the implementation of the Agyapa Royalties Limited.

The CSOs want full disclosure on the beneficial ownership of the Special Purpose Vehicle, Agyapa Minerals Royalties, the implementation of the deal should be deferred.

Meanwhile, the Minerals Income Investment Fund has defended the deal describing it as a “forward-thinking” endeavour by the government.

The fund assured that the deal was being created with Ghanaians' best interests at heart.

The fund also stressed the significance of its standing as the majority shareholder of Agyapa Royalties Limited.

“This means it will retain majority shareholder control and receive the majority of the company's dividends when declared and paid.”