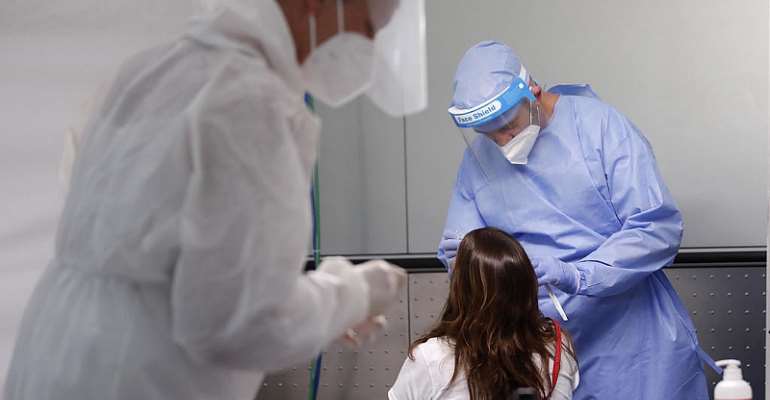 The microbiology department of Hong Kong University has released a report based on a patient who tested positive to Covid-19, then negative, then positive four months later. Although scientists say this is not a surprising development, it is the first time such a case has been documented.

University of Hong Kong researchers said their study indicated that the disease, which has killed more than 800,000 people worldwide, may continue to spread amongst the global population despite herd immunity.

At the centre of their study, a 33 year-old Hong Kong man who tested positive to Covid-19 on 26 March, with symptoms such as a cough, fever, headache and sore throat.

He was treated in hospital from 29 March until 19 April when he was discharged after having twice tested negative.

However, he again tested positive when he returned to Hong Kong from Spain via Britain on 15 August.

The second infection is reportedly a different strain of coronavirus, and the man did not show any symptoms.

The patient had appeared to be previously healthy, researchers said in the paper, which is awaiting final publication by the international medical journal Clinical Infectious Diseases.

This case of re-infection has several important implications, the authors wrote, suggesting that Covid-19 will continue to circulate like the common cold.

"It is unlikely that herd immunity can eliminate SARS-CoV-2, although it is possible that subsequent infections may be milder than the first infection as for this patient," said the authors.

"This is no cause for alarm - this is a textbook example of how immunity should work," Akiko Iwasaki, a professor of immunobiology from Yale School of Medicine said on Twitter, complete with flow chart.

Similar cases have been reported across the world, however, it's the first time one has been confirmed by definitive testing.

This case may provide answers as to the length of immunity to Covid-19 and its evolution, as countries around the world race to find a vaccine.

Too early for conclusions

China, where the virus outbreak first began, reported in May that 5 to 15 per cent of patients in China were testing positive again after being discharged from hospital.

However, in those cases it was not clear whether they had contracted the virus again after full recovery – as happened to the Hong Kong patient – or still had the virus in their body from the initial infection.

One explanation was that the virus still existed in the lungs of patients but was not detected in samples taken from upper parts of the respiratory tract.

"It is difficult to draw conclusions at this stage," British researcher Jeffrey Barrett told AFP.

"Given the number of global infections to date, seeing one case of reinfection is not that surprising, even if it is a very rare occurrence," he said.