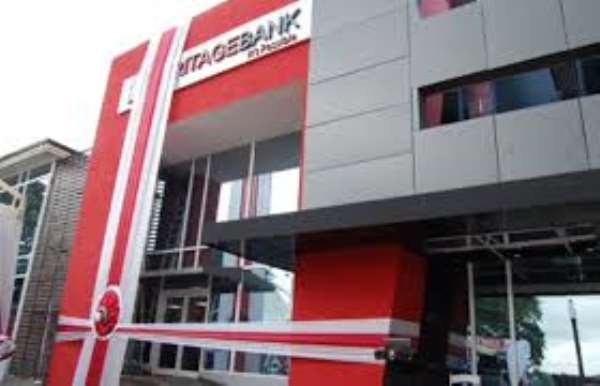 The Alliance for Social Equity and Public Accountability (ASEPA) has in a reply to claims by Hon. Kennedy Agyapong insisted that the collapse of Heritage Bank was deliberately orchestrated by the government.

Last Wednesday, August 19, 2020, on ‘The Seat’ program on Net 2, the Member of Parliament for Assin North, Hon. Kennedy Agyapong defended the cleanup exercise as he made some revelations about the case of Heritage Bank.

He noted that Mr. Seidu Agongo, the majority shareholder of Heritage Bank used some funny tactics to meet the minimum capital requirement of the Bank of Ghana by recycling nonexistent funds to deceive the regulator.

In a reply from ASEPA today, the Anti-Corruption and Civil Advocacy Group has described the claims by Hon. Kennedy Agyapong as blatant lies and propaganda tactics to whitewash unsuspecting citizens ahead of the 2020 General Elections.

“Perhaps it is needless to say that Ken Agyapong's recent outbursts are a well-staged attempt to white-wash the evil deeds of a partisan Governor of the Bank of Ghana, a cruel Minister of Finance and a treacherous President who presided what is the single most cruel act of destruction any Government has ever perpetrated on its indigenous businessmen”, the ASEPA statement signed by Executive Director Mensah Thompson has said.

On the claims by the MP on the minimum capital requirement, ASEPA by way of countering said, “The funds that were used to capitalize the Heritage Bank were transferred to the Heritage Bank account in the Bank of Ghana on two separate occasions. The first amount of GHS90 million was transferred by Stanbic Bank Ghana Limited on behalf of the Heritage Bank on 30th December 2016. The transfer reference number was 000000553230.

“Ken Agyapong, who has suddenly become an investigator and parading with supposed fake documents is hereby challenged, to let his sources at the Bank of Ghana deny the above facts.

“Apart from the GHS90 million, the Bank of Ghana also approved that an additional GHS35 million, being part of the capital be used to rent and/or purchase infrastructure”.