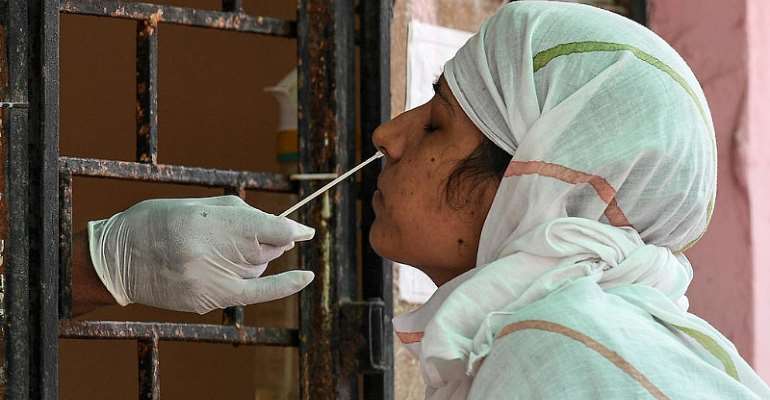 Nearly 80 percent of Covid-19 patients in India have shown no symptoms of the infection, according to the health ministry. The figures, published in a new study, came as the number of reported coronavirus cases on the subcontinent surpassed the three million mark.

An analysis by the Integrated Disease Surveillance Programme (IDSP) in Delhi has concluded that as many as 80 percent of Indian Covid-19 patients are asymptomatic or have shown very mild symptoms.

Analysis of data from the top five high burden Indian states confirm the trend with young people, mostly asymptomatic, the major drivers of the epidemic.

Maharashtra, Delhi, Tamil Nadu, Karnataka and Andhra Pradesh are the states with the highest number of cases in the country.

A similar study carried out in May by scientists of the Indian Council of Medical Research (ICMR) showed that 28 percent of 40,184 people who had tested positive for Covid-19 between January 22 and April 30 in India were asymptomatic. That figure has now risen dramatically.

“In almost 80 percent of the cases of Covid-19 which are being reported in India, the patients tend to exhibit either nil or mild symptoms. These patients are mostly contacts of confirmed cases,” said health minister Harsh Vardhan.

“Had it not been for our contact tracing efforts, and if left to their own in isolation, these patients may not have even remembered or reported their infection," he added.

Medical experts suggest that a large number of asymptomatic patients represent a major source for the further spread of the disease.

India reported 60,975 new cases of Covid-19 and 854 deaths in the last 24 hours, pushing the tally to over 3.17 million cases including 2.4 million recovered patients, according to the health ministry on Tuesday.

With over 58,000 deaths, only slightly behind the toll in Mexico, India is the worst-hit country in Asia and third behind the United States and Brazil in terms of number of cases globally.

Last week, the World Health Organisation said people in their 20s, 30s and 40s, most of them asymptomatic, are driving the Covid-19 pandemic.

“Many are unaware they are infected," said Takeshi Kasai, the WHO's Western Pacific regional director.

A similar trend seems to be underway in India, with data from the ICMR suggesting that people aged between 21 and 50 account for 61 percent of all Covid-19 cases recorded.

According to one study in the US, asymptomatic Covid-19 cases could be the key to understanding how a larger population can develop immunity against the virus.

“It is an intriguing hypothesis that asymptomatic infection triggering immunity may lead us to get more population-level immunity,” says Monica Gandhi, an infectious-disease specialist at the University of California.

Over the weekend, authorities in India said as many as 90 patients were found to be asymptomatic among 97 new Covid-19 cases reported in the north-eastern state of Arunachal Pradesh.

New hotspots continue to emerge in rural areas of Uttar Pradesh and Bihar states in India's north, and in the southern states of Telangana, Karnataka, Tamil Nadu and Andhra Pradesh.