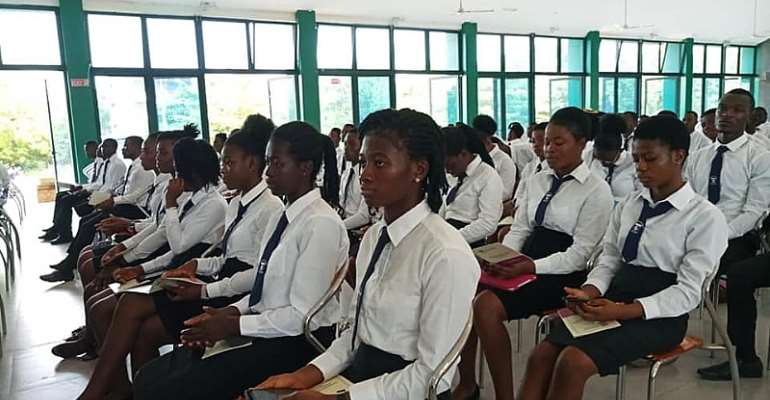 Colleges of Education in Ghana may soon run a double track system on their respective campuses as a result of inadequate facilities to host students.

Colleges have faced the challenge of infrastructural deficits for quite a good number of years hence their inability to admit many students as compared to other tertiary institutions.

The Mahama government, considering the lack of facilities, decided to invest heavily in putting up facilities in all forty-six (46) colleges in the country. These projects include; hostel facilities, assembly halls, tutors flats etc. and were fully funded by GETFUND. Every college benefited from at least one project funded by GETFUND including my college located at the President’s hometown, Kibi Presbyterian College of Education-Eastern Region.

It’s rather unfortunate the current government led by President Akufo-Addo had to halt these projects funded GETFund only to divert the money to the Student Loan Trust Fund (SLTF) for the payment of Trainees’ allowances.

What the Akufo-Addo government, especially the Ministry of Education, failed to consider is the fact that they have implemented a four year degree program which will definitely keep more students on campus as compared to the three year Diploma program. Again, even with the three year program, only two year groups were allowed to stay on campus with the final year student teachers staying outside for their Teaching practice program. With the two year groups staying on campus, so many colleges couldn’t even admit more students because they lacked facilities hence the institution of the quota system which admitted a less number of students yet the government failed to consider the need to build more hostel facilities and lecture blocks to aid in effective teaching and learning and overcrowding across all 46 colleges of education.

One funny but interesting issue occurred in one of our meetings with the Minister of Education, Dr. Mathew Opoku-Prempeh where a sector coordinator of TTAG from the Northern region called Mohammed asked the Minister how they will deal with a situation where colleges won’t be able to admit students should the degree program be implemented since they lack facilities. This was in 2017, at the time they hadn’t begun the Degree program. As we all know our minister, he did everything humanly possible to rubbish Mohammed’s position, and went ahead throw a question back at Mohammed saying “ so because we haven’t built dormitories we shouldn’t develop right?” Well, Mohammed had no option than to shut up but today the reality has caught up with us all. Principals are struggling to admit to new trainee teachers.

Undoubtedly, this is what pettiness and lack of foresight can bring; stress and low quality of education.

Remember, these are people we are training to go and teach, as such, they must receive the best of education.