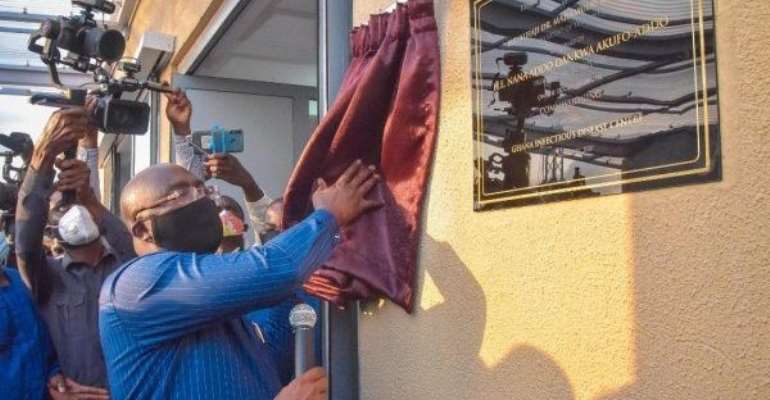 A member of the New Patriotic Party’s (NPP) Communications team in the UK, George Odoom has said the party’s claim that the newly built Ghana Infectious Disease Centre (GIDC) is part of its infrastructure achievements should be ignored.

Wading into the infrastructure debate during an episode of the “FROM THE DIASPORA”, a weekly YouTube program hosted by Kwakye Afreh-Nuamah and recorded in England, United Kingdom, Odoom said the inclusion of the ultra-modern 100 bed facility “is an error of judgement”.

However, the Centre which is the first of its kind in the country is a private sector led initiative with financial support worth 6.8 million Ghana cedis from the National COVID-19 Trust Fund.

The debate on infrastructure was ignited after Vice-President, Dr Bawumia at a town hall meeting in Accra cited the edifice as part of government’s infrastructure achievements in the health sector.

Dr Bawumia’s presentation came days after the flag bearer of the National Democratic Congress (NDC), John Dramani Mahama promised to embark on a $10 billion massive infrastructural development agenda when given the nod in the December 7 polls.