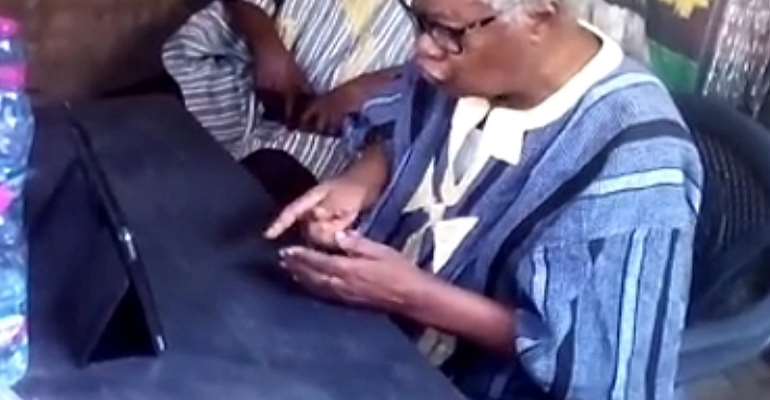 A video of Papavi Hogbedetor addressing an Unrepresented Nations and People Organization (UNPO) via Zoom meeting has popped up online.

Papavi, the leader and founder of the Volta Region based secessionist movement, Homeland Study Group Foundation became a talk of town after he was arrested with few other colleagues when they planned to declare Volta Region an independent state.

The over 90-year-old retired educationist however, in their own fashion declared the Volta Region an independent state in November 2019 and has since gone into hiding.

However, in a new video that chanced on by this portal, the octogenarian was seen in a meeting with fellow leaders of UNPO members via zoom.

Papavi talked about how the colonial masters divided the Togoland into two; Republic of Togo and Volta Region which is now part of Ghana and also how the British Togoland was recognised as the world number one producer of corn in those colonial days.

The secessionist leader seems to be relentless on his quest to make history by seceding the Volta Region from Ghana to form a country they call Western Togoland.

W/R: Adiembra residents save 17-year-old student from kidnap...
46 minutes ago