Lake Bosomtwe To Get River Basin Board 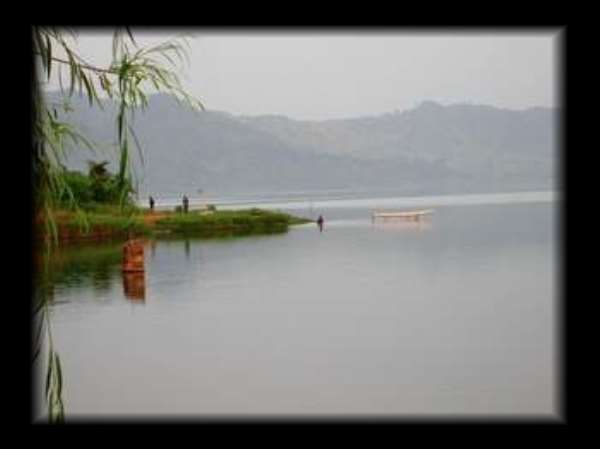 The Water Resources Commission (WRC) is to establish a water basin board to manage the water resources in the Lake Bosomtwe in the Bosomtwe-Atwima-Kwanwoma district.

The Commission is currently seeking the assistance of the Asantehene, Otumfuo Osei Tutu 11, to impress on the chiefs and the District Assemblies along the lake basin to support and take active part in the programme.

Professor Clement Dorm-Adzobu, Chairman of WRC, made this known at a meeting with Madam Patricia Appiagyei, Kumasi Metropolitan Chief Executive at her office in Kumasi yesterday.

The meeting was to brief the MCE on some of the initiatives being taken by the Commission to protect river bodies in Kumasi and seek the support of the assembly to ensure the successful implementation and management of the programmes.

Prof Dorm-Adzobu said already three river basin boards had been established for integrated water resources management in the country. They are the Densu, Volta and Ankobra river basins.

He said the idea was to involve the local people, traditional leaders and the District Assemblies as well as other stakeholders in the management and protection of river bodies in the country.

Prof Dorm-Adzobu said, so far the Ghana Water Company Limited (GWCL) had confirmed that the water quality in the Densu River had improve significantly since the establishment of the board three years ago and that the use of chemicals for treating the water had reduced.