...Bill at the verge of passing into law by the House of Reps
By Uzoma Ahamefule
Feature Article 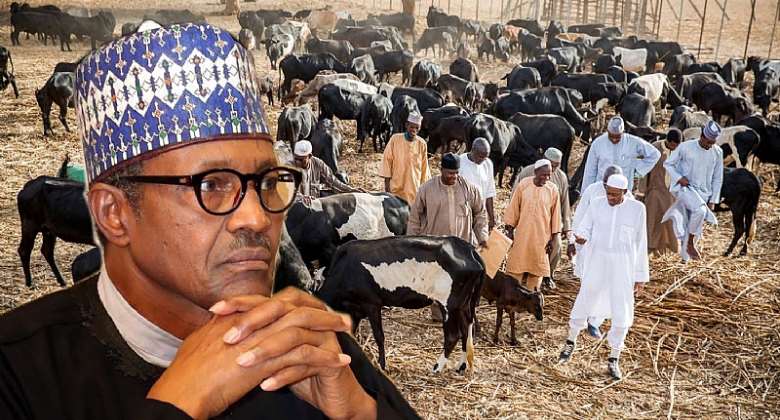 It is on record that since the conflict between farmers and Fulani herders that has led to the hacking and butchering of many innocent Nigerians by the Fulani herdsmen got too nasty - from Ogun to Enugu, Ondo, Lagos, Imo, Rivers and Benue States etc. - that the Federal Government of Nigeria has been trying desperately without any consideration to the feelings of other Nigerians in settling the Fulani herdsmen in every part of Nigeria.

It should be recalled that under this very government there were moves to forcefully grab land in every state across the nation for the settlement of the Fulani herdsmen in the name of “Land colony”. It failed as Nigerians in unison rejected the plot. But the agents of this secret agenda did not give up as they restrategized and rebaptized the rejected “Land colony” with the name called “RUGA (Rural Grazing Area)”, but of course the agenda was the same, the settlement of the Fulani herdsmen across Nigeria. Once more Nigerians scolded them and threw the rubbish in the waste bill. But like a desperate he-goat in pursuit of a she-goat, they reluctantly retracted with a statement that “RUGA has been suspended” - a very strong message that they will come back. At this juncture, I warned in one of my articles titled, “RUGA Policy: All We Want Is A Total Cancellation And Not A Suspension.”

And I wrote, “… The simple explanation is that Buhari and his government will wait for the right time – in their own faulty thinking – to reintroduce the RUGA policy. But be very careful and watchful because when that time comes it will definitely not be called RUGA, but in whatever disguise they may want to bring it up again the intent will still remain the same, a settlement for their Fulani people. … This government will next time make this Fulani agenda look like a policy that all Nigerians should benefit from, but it will be a deception people like me will not fall for, and I do not know about you”.

True to the warning that was like a prophecy come true, the group behind this interior motive came up again with a policy they called “National Livestock Transformation Plan (NLTP)“. In moves to sell the agenda that has been rejected many times, they explained a lot on how Nigerians will benefit so much from the policy. But for Nigerians, the agenda remains the same, land colony for Fulani herdsmen. Nigerians again rejected the already rejected idea. But the people have not given up as they are at it again and this time they are at the verge of success that Nigerians feared that it will be agony, bloodshed and death for them if the proposal should become a law hence the multiple rejections.

That people at very high places have been trying in disguise and so very desperately to foist this policy on Nigerians should get every right-thinking Nigerian worried.

According to The Guardian 16.08.20 editorial, the danger of more conflicts, bloodshed and perhaps war loom in Nigeria as the office of President Buhari has shockingly returned the same bill Nigerians have in many different occasions rejected for legislation, and the threat is that the bill is at its third reading at the House of Reps. and at the verge of becoming law. The bill this time is called, “National Water Resources Bill, 2020”.

“The Bill seeks to bring all water resources (surface and underground) and the banks of the water sources under the control of the Federal Government through its agencies to be established by the Bill.

“The Bill, if passed into law, will clip the wings of state and local government authorities as well as individuals from making use of the water at their backyard without a permit from Abuja. This development will engender serious contentions across Nigeria. The result would be water wars, which would be more devastating than the contentions over grazing land and even oilfields,” The Guardian newspaper wrote.

The force of this bill if not curtailed now will entangle many Nigerians rapidly like boisterous sea waves, and there will be no redemption for anyone engulfed in the cobweb - because any hope of redemption would have been irredeemably shattered the day the bill was passed into law. Consequently, I join well-meaning Nigerians to raise my voice against this bill, and to equally remind the Nigerian lawmakers not to forget that they are the representatives of the people and should accordingly act in respect of the will of those they represent and in accordance to their consciences so that posterity will judge them well.

Akufo-Addo directs CJ to look into petition for Jean Mensa’s...
27 minutes ago