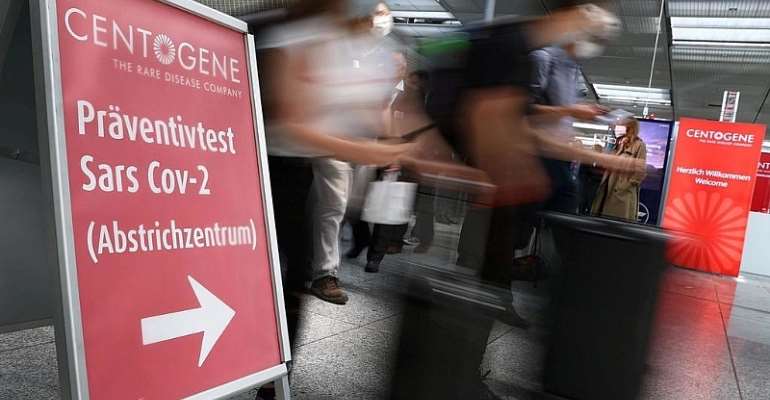 Germany's foreign ministry has issued a travel warning for Paris and the French Cote d'Azur due to rising coronavirus infections in these regions.

The German foreign ministry said it was warning against "unnecessary tourist" trips to the Ile-de-France region, which includes Paris, and the southern region of Provence-Alpes-Cote-d'Azur, which includes Marseille and Nice, due to the high number of Covid-19 infections.

This means travellers coming into Germany from these so-called 'risk zones' areas must take a test and self-isolate until the results are confirmed.

The ministry is also warning people against "unnecessary tourism" in Guyane and other overseas French territories.

German chancellor Angela Merkel last week declined to ease restrictions such as wearing a mask in public transport, restaurants and shops, in a bid to avoid a second wave of the coronavirus.

On Monday, Germany registered 700 new cases of the virus in the past 24 hours, and the concern is that numbers will rise as people return from summer vacation elsewhere in Europe.

Situation closely monitored
The German warning comes as the number of new, confirmed cases of Covid-19 in neighbouring France rose by 1,955 compared to the previous day, according to the French health ministry on Monday, although the increase in new cases was less than in previous days.

The number of new infections in Ile-de-France and Provence-Alpes-Cote-d'Azur has now reached 50 cases for 100,000 inhabitants over the last week.

The French government is monitoring the figures closely to see if any new restrictions or lockdowns are needed to curb the spread of the virus.

"The circulation of the virus is progressing markedly, and is at its most intense among young adults," French Health minister Olivier Véran said in an interview at the weekend.