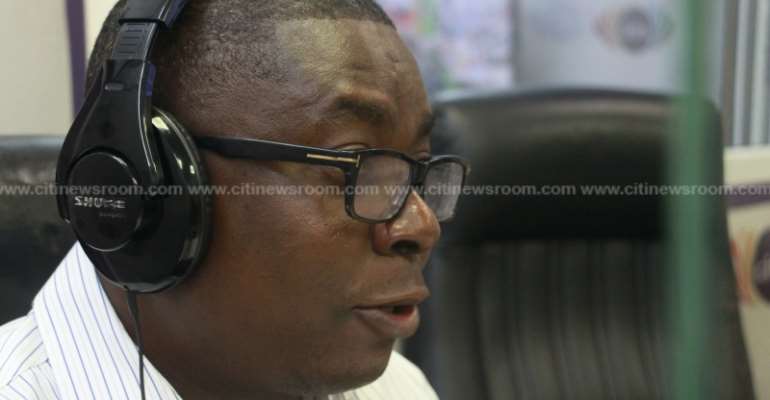 The Vice President's Spokesperson, Dr Gideon Boako, is disputing claims by opposition the National Democratic Congress (NDC) that the Akufo-Addo administration is deliberately parading non-existent infrastructural projects as part of its achievements.

Though the NDC outlined 26 of these purported ghost projects, Dr Boako suggested the flagged projects may be due to “data input errors.”

But the NDC's National Communication Officer, Sammy Gyamfi on Monday, August 24, 2020, accused government of deceiving Ghanaians as the website for tracking its project had captured a number of ghost projects.

“The government's delivery tracker has it that, a rural electrification project has been undertaken at the Mpataban township in the Asante Akyem Constituency in the Ashanti Region. This is a lie. No such project has been undertaken by this government. No electricity has been extended to that township. There is no truth in that. The people sleep in darkness. So that claim by the government delivery tracker is a ghost project. It doesn't exist. Again, they claim on the government's delivery tracker of having constructed the Asuoso to Derma Tekyimantia road in the Bono East Region is yet another palpable falsehood as no such road exists.”

“There is no road by that name in the Bono East Region. So this is a clear ghost project which has been counted as part of the over 17,000 so-called projects they claim they have delivered. That should let you appreciate the fraudulent claims they [NPP] have made in this country. The claim by this government of the re-roofing a cluster of schools at Akantan in the Eastern Region is another lie. No such project has been undertaken,” Sammy Gyamfi said.

Responding to the NDC’s claims on Eyewitness News, Dr. Boako posited that “when the data was uploaded on the tracker, there may have been some matters of error.”

He noted as an example that there was a bridge project in Tano North that was inputted wrongly.

“It had been put under a different district meanwhile that particular project is supposed to be in the Tano North municipality.”

Dr. Boako also addressed the absence of an Astroturf project in the Adentan Constituency which the NDC cited.

“As and when our attention is drawn to it in the displacement of a particular project for a different community, we just have to rectify it,” he added.

Beyond this, he said the errors would be within a reasonable rate.

“All in all, the government put out about 17,000 different data points so… I think the margin of error, in this case, may not be something so substantial.”

Dr. Boako further said the government will have to “cross-check with the tracker to check the veracity of the claims they [NDC] are making” because the tracker was built on rigorous data.

“We collected data from Ministries, Departments and Agencies and district assemblies. We had sent NABCo people to go to the ground for most of the data… There is so much extensive work that went into this.”