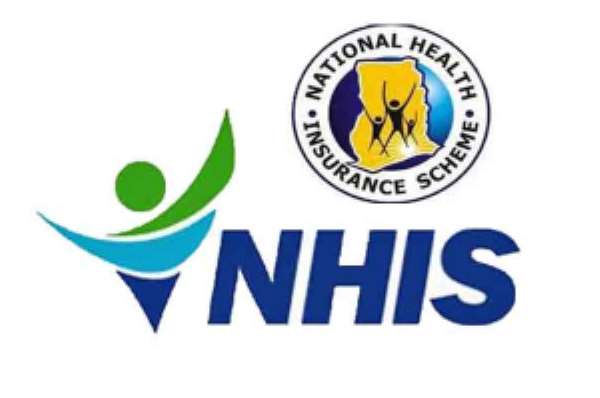 With all due respect with no attached condescension whatsoever, I am taking the NDC’s 2020 flagbearer, former President Mahama’s recent promise of free primary health care if voted into power in 2020 with a pinch of salt, given the previous experiences.

There is no doubt whatsoever that governance is dynamic, and therefore it is impossible for political parties to honour all their Manifesto promises while in government.

However, it is extremely nauseating to keep hearing unrealistic Manifesto promises from the same people every four years with the view to hoodwinking the voting public.

Ironically, the NDC loyalists have been accusing the New Patriotic Party (NPP) of lying their way to power by giving unrealistic Manifesto promises during the 2016 electioneering campaign.

It would, however, appear that the 2016 humiliating election defeat has unsettled the nerves of the NDC loyalists, judging from their bizarre posturing.

If you would recall, prior to the 2008 and 2012 general elections, Ex-President Mahama and NDC gave a slew of Manifesto promises to Ghanaians, but as to whether they honoured those promises, is a million dollar question.

During the 2008 and 2012 electioneering campaigns, Mahama and NDC gave a myriad of Manifesto promises, inter alia, one-time NHIS premium, free SHS, ‘making dumsor a thing of the past, putting money in Ghanaians pocket, creating more jobs for the jobless, stabilising the economy, protecting Ghanaians from the menaces of galamsey and Fulani herdsmen, bringing an end to dubious judgement debt payments, fighting the rampant bribery and corruption, amongst others.

Nevertheless, after giving all those richly interesting, albeit unrealistic promises with a view to deceiving Ghanaians for their mandate, the NDC government, led by former President Mahama, as expected, wilfully failed to honour the promises, and, consequently, a total of 55.6% (44.4% for Mahama) of the electorates rightly voted them out of power in 2016.

Mind you, there have been numerous NDC’s broken Manifesto promises, but the one that will long be stencilled on discerning Ghanaians mental sheets, is the one-time NHIS premium.

The NDC’s Manifesto promise of one-time NHIS premium, so to speak, was destitute of honesty and integrity.

The overarching question then is: what will make the unhappy 56% of electorates change their mind and repose their absolute trusts in Mahama in 2020, given the encouraging signs of auspicious economic growth under the Akufo-Addo’s leadership?

Gone are the days when society anecdotally attributed leadership to a trait from birth. And more so leadership was only ascribed to tall, handsome and well-connected individuals.

Frankly stating, it was wholly illogical. The fact of the matter is that leadership skills can be acquired through remedial tutorials or routine training.

What is the difference between a leader and leadership?

In theory, a leader is a person who is appointed, elected or informally chosen to direct and co-ordinate the work of others in a group (Fiedler, 1995).

The preceding extant definition underscores the fact that the formally appointed leader cannot always be a real leader, but it is also confines the notion of leader to a group context.

If we take the word “group” literally, this definition precludes leaders of nations, large corporations and so on, except in so far as they lead a small group of senior colleagues.

On the other hand, leadership can be considered to be the personal qualities, behaviours, styles and decisions adopted by the leader. In other words, it concerns how the leader carries out his/her role. Hence while the role of leader can be described in a job description, leadership is not so easily pinned down.

The crucial question every well-meaning Ghanaian should be asking then is: with so many people purporting to be leaders these days, how do we distinguish between a true leader and a demagogue?

Well, to be able to do justice to the preceding question, we must pause, reflect summarily and ask: what is it that a leader is trying to achieve?

In fact, a true leader wants nothing more than to make people independent, as leaders in their own rights. Instead of trying to deceive us with his or her superlative oratory, a true leader reflects our own light back to us.

A true leadership, in practice, must give people a long-term vision that absorbs their lives with meaning; it must point them in a new direction and show how their every action is an indispensable part of a positive change.

Somehow, we tend to believe that a leader is a person who is well-connected, who is powerful or charismatic or wealthy.

We normally judge our leaders by what they have. But a true leader should be judged by his/her extraordinary qualities, not -- ego, impertinent boldness, and self-interest.

A true leader, in theory, sees his/her work as altruistic service toward accomplishing a goal. That is by putting the acquired skills, experience, knowledge and empathetic qualities at the disposal of the needs of his/her subordinates. As the sages say, “Leadership is not just power and dominance; it is service to mankind.”

Candidly, after observing Nana Akufo-Addo over a long period of time, I do not need the likes of Ex-President Mahama and his supporters to tell me that Akufo-Addo has the attributes of a visionary leader.

Some experts, however, explain that idealised influence depicts visionary leaders as most respectful, reliable and meritorious. And more so idealised influence explains leaders unparalleled ability in setting vision and implementing it to impact on their subordinates (Bass et al., 2003).

On the other hand, inspirational motivation explains how visionary leaders consistently raise team spirit and encourage their subordinates to be creative (Bass et al., 2003).

If you may recall, during the 2016 electioneering campaign, the then presidential candidate of NPP, Nana Akufo-Addo, insisted passionately: “I am promising you that within 18 months of a new government of the NPP, under my leadership, the face of our country, Ghana, is going to change”.

As a matter of fact, the preceding statement underscores Nana Addo’s positivism, commitment and enthusiasm.

If you would recollect, prior to the 2008, 2012 and 2016 general elections, the then presidential candidate, Nana Akufo-Addo, made the Free ‘SHS’ his principal campaign message. As it was expected, the opposition NDC communicators scoffed and labelled him an inveterate liar.

Astonishingly, however, some unsuspecting Ghanaians, including my maternal uncle, Oliver bought into the NDC’s manipulating gimmicks and rejected the handsome offer of the Free SHS on two previous elections (2008 and 2012 respectively).

But lo and behold, discerning Ghanaians saw the light and gave the Free SHS provider, Akufo-Addo the mandate on 7th December 2016.

And, true to his word, President Akufo-Addo has honoured his promise of the free SHS to the delight of the vast majority of Ghanaians.

It is, therefore, worth stressing that the implementation of the Free SHS is the judicious way of distributing the national resources. It really epitomises a true leadership.

Interestingly, Akufo-Addo insisted during the 2016 electioneering campaign: “We are going to get out of stagnation and backwardness, and move our country onto the path of progress and prosperity. We can do it. We, the Ghanaian people, have the capacity to change the circumstances of our lives”.

Ghana's economic growth, which had slowed from 4.0% in 2014 to 3.7% in 2015, was predicted to recover to 8.7% in 2017, following consolidation of macroeconomic stability and implementation of measures to resolve the crippling power crisis (‘Dumsor’).

Despite the extent of the economic mess left by the Mahama’s government, the Akufo-Addo’s government is prudently taking steps to stabilising the economy.

If you may remember, during the 2016 electioneering campaign, Nana Akufo-Addo asserted: “This ‘new Ghana will be a Ghana with opportunities for all, and where everybody is taken care off. We will have a society that is caring and compassionate and expresses solidarity. Nobody is going to be left behind. We are all going to march together, hands linked together, to that great future that beckons us, here in Ghana.”

In fact, back then, I had no qualms about Nana Akufo-Addo’s claim of bringing everyone on board to build the nation.

To his credit though, Nana Akufo-Addo brought all the people who contested him in the NPP’s flagbearership race together. Yes, he resolved all pre-election issues and worked collaboratively towards the 2016 election victory.

And, following his election victory, President Akufo-Addo graciously assembled a working team consisting of people from all walks of life, including a 2016 presidential candidate from an opposition party.

Biblically, Moses was a visionary leader. We read in Exodus that he was a shepherd – he had a modest, humble and patient upbringing. Moses employed his humility, patience and tolerance when he had the opportunity to speak to God. He kept watching as thousands of sheep grazed the fields. Moses noticed that one sheep was missing and went off to look for it, finding it at a distance apart.

When the sheep had finished drinking, Moses lifted it onto his shoulders and carried it back to the flock. When Jehovah God saw this, he became aware that Moses was a man of reason, empathy and selfless devotion, a man truly worthy to lead His people; a man who would put his empathetic qualities at the disposal of the needs of his subordinates. After all, no one was keeping an eye on Moses; Moses could easily have thought to himself, “why be concerned with one sheep when there are thousands”?

To be quite honest, some of us, as a matter of principle, could not end our fury in condemnation when former President Mahama bizarrely doled out large portions of our scarce resources to inveterate apologists like the founder of Ghana Freedom Party (GFP), Madam Akua Donkor, who in all honesty, contributed nothing meaningful towards Ghana’s wellbeing.

Let us also remind ourselves that, but for Akuffo-Addo’s timely intervention, Mahama would have given away not less than 58% of Ghana’s Bauxite to his sibling, Ibrahim Mahama, just about a week before exiting power.

Ghana, to be quite honest, does not need a Father Christmas who would carelessly give away our hard earned resources to apologists. But Ghana rather needs a serious, a committed and a forward-thinking leader who can utilise our scarce resources judiciously to the benefit of all Ghanaians.

A judicious distribution of national resources is the implementation of poverty alleviation policies such as the Free SHS.

And, considering the enormous benefits therein education, it is, indeed, prudent and somewhat forward-thinking for any serious and committed leader to seek to bridge the ever widening social inequalities gap through rational distribution of national resources in the form of free SHS and other social interventions.

Yes, we, (Ghanaians), took the right decision on 7th December 2016 by electing ‘the Moses’ of our time (Akufo-Addo) to rescue us from the economic bondage of the ‘Pharaoh’ of our time (Mahama).