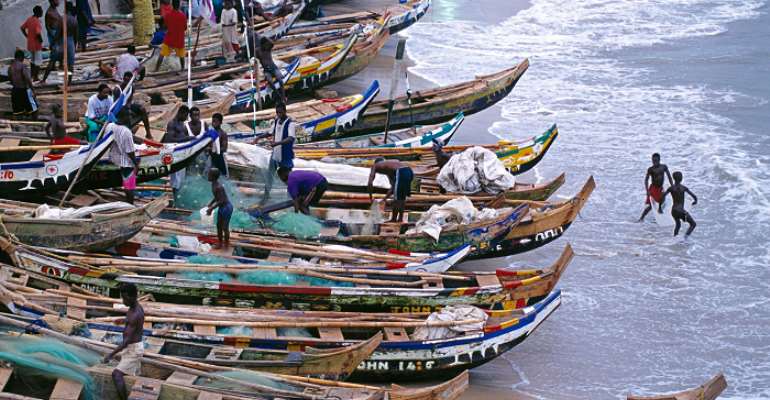 Fears appear to be gripping fishermen at the Tema Canoe Beach in the Greater Accra over disappearance of canoes and its crew at high seas.

The fishermen reportedly set out for sea in canoes when they lost contact with their colleagues.

Four Ghanaian canoes with their crews which have supposedly gotten missing at high seas are yet to be found.

According to the fishermen, several fishermen with canoes searched for the lost canoes and crew but in vain.

Fishermen at the Tema canoe basing say they are beginning to live in fear following the second disappearance of canoe and its crews in less than a year.

Information available to DGN Online indicates that there is the need for a collaborative and highly intensified security along the West African coast as fisher folks say criminal activities on the sea including piracy is very much on the increase.

The fishermen who say sometimes their outboard motors do fail them on the high seas which can lead to lost of life if no help comes the way of the victims are also not taking the issues of possible pirates attacks out of the unfortunate disappearance of the recent two canoes and crews.

Nii Odamitey, Chief Fisherman of Awudum at the Tema Landing Beach, has called on government through the ministry of fisheries, and marine security agencies to intensify security in the country's territorial waters to help protect lives and properties at sea.

The Chief Fisherman further appealed to government to focus on marine security and rising issues before the country is taken by surprise.

For his part, the Executive Director of Center for International Maritime Affairs Albert Fiatui, noted that it has become necessary for government to revisit the implementation of the maritime security act 2004 and also collaborate with nearby countries to bring crime on high seas to an end.

He also called for retooling of the various institutions in the marine sector to police the country territorial waters.

"We need the hand of God like never before against economy d...
30 minutes ago