KOFI KORANTENG: The Man Who Stood Up For Ghana 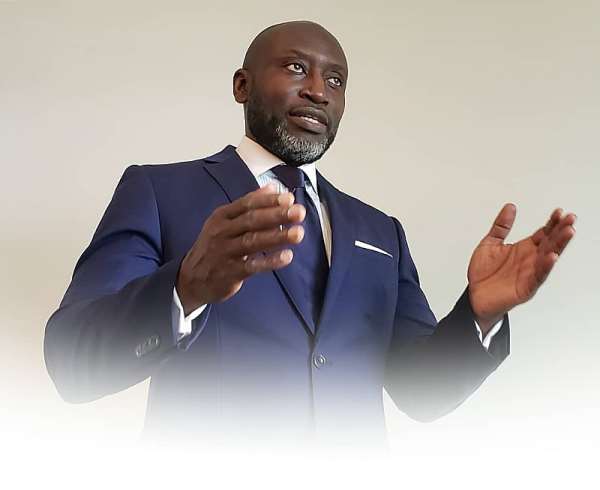 There comes a time when men have to stand up against other men’s oppression- be it physical, emotional or economic.

The wealth gap in Ghana is one of the highest in the world with one man owning an estimated tens of billions of cedis while paying his sanitation workers a mere Ghs 120 or $21 per month.

Both the NPP and the NDC in the last 29 years have shown no empathy to the ordinary Ghanaian but both parties agree to spend an estimated Ghs 3.42 Billion on luxury vehicles for politicians alone.

Despite the killing of people under Jerry Rawlings in the 1979 coup and more in the eleven more years of military adventurism from Dec.31, 1981 to January 1992, all for alleged corruption, neither the NDC nor the NPP have bothered to take public theft, often softly called corruption, seriously enough to investigate and to prosecute.

In the meantime, the NPP under Nana Akufo-Addo has set the world record in loans per capita, and the lowest public crime prosecution in the post-Independence era. There is nothing to show save a free education that kids everywhere deserved in the first place from all adults in society.

The people of Ghana have been under the dark clouds of deception and hooligan bullying and fear since the AFRC coup of June 4, 1979 led by Jerry Rawlings. Several military offices including three former heads of state - General Acheampong, Lt. Gen. Akuffo, and Lt. Gen. Afrifa were killed at the firing squad after a mob trial accusing them of corruption. Other reasons given for the coup included economic mismanagement, poor governance, economic hardship and general frustration on the part of populace as well as high levels of indiscipline within the Ghana Army.

It has been more than 40 years and the PNDC that became a civilian party called NDC two years later under the same Jerry Rawlings, as well as the NPP that replaced him for 8 and now almost another 4 years, shows the following:

There comes a time when men have to stand up! We do not need a military coup! No! We must stand up against the oppression by our own kind! The man putting his knees on our necks are the NPP and NDC leadership. Period!

The only man who stood up at the Diaspora Summit in 2017 was Mr. Kofi Koranteng! Yes! We must all stop whining and stand up to support!

Today in the 2020 Presidential race Mr Kofi Koranteng has stood up again. He has emerged the leader of a united front of Independent Presidential aspirants and supported by a team of global Ghanaian professionals and leaders from Australia, UK and USA.

As President Kofi Koranteng plans to

The time has come for Ghanaians who got the opportunity to go overseas and learn the white man’s magic to stand up and be counted. Kofi has been an Engineer and then in the Business and Financial capital investment area having learned and delivered results at America’s best! Let us all plan to raise $10 million from a minimum of 100,000 Ghanaians in the Diaspora who are tired and ready to stand up with Kofi Koranteng.

PLEASE Send your contributions $100 or more or whatever you can directly to his Momo Account +233 26 135 6939. And read more at kofikoranteng.com

Let’s stand up together to SAVE GHANA. God bless our nation and our people!