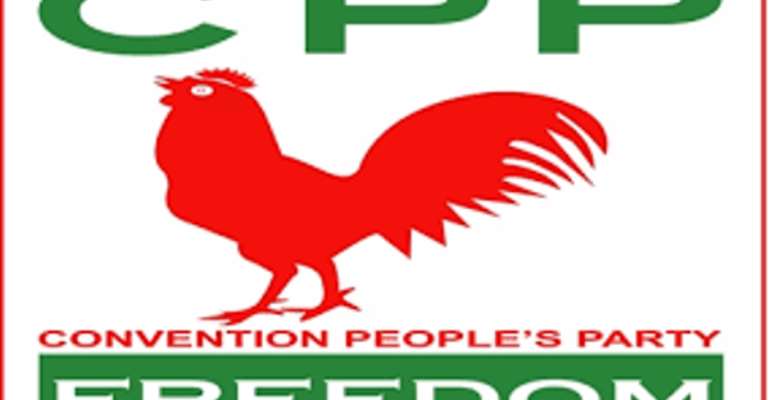 The Convention People's Party (CPP) says it will soon begin an aggressive grassroots mobilization campaign to revive its membership ahead of the December 7 elections.

The newly-elected General Secretary of the party, Nana Yaa Jantuah in an interview on the Citi Breakfast Show said the CPP has what it takes to win the 2020 elections.

“Now we are going to deepen [our] organization and make sure we organize at the grassroots. That is the blueprint of the Convention People's Party. We will organize from the grassroots upwards to win an election in this country. We have tried the two political parties and it is time to also try the CPP. The CPP can do it, we did it before and we can do it again… We have the skill, we have the temerity, we have the strength and we have the spirit of Nkrumah and Spirit of God backing us to win election 2020 and even 2024,” she said.

Over the weekend, the CPP elected new executives led by Nana Frimpongmaa Sarpong Kumakuma as chairperson and Ivor Kobina Greenstreet as flagbearer for the 2020 presidential elections.

With the new leadership, the CPP is hoping to reorganize its base and win the election in December.

The party has not won any election in the country since the beginning of the Fourth Republic.

The party is hoping to wrestle power from the governing New Patriotic Party (NPP) who together with the National Democratic Congress (NDC) have dominated national elections in the country for almost three decades.

FixingTheCountry Movement to march in support of Akufo-Addo'...
5 minutes ago