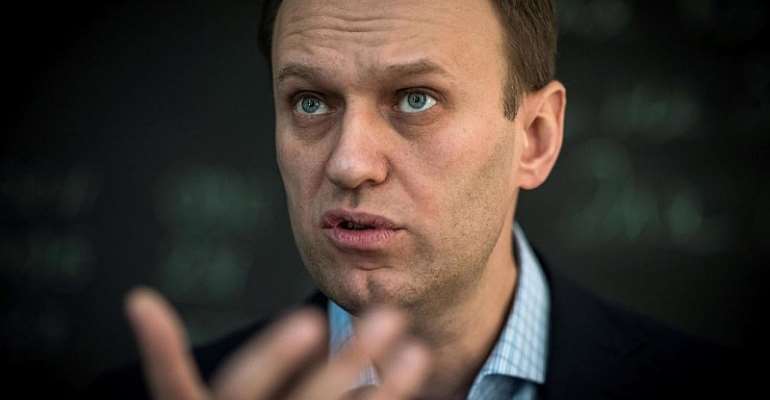 The German hospital treating the seriously ill Russian opposition leader, Alexei Navalny, says examinations show he was poisoned before he collapsed on a flight to Moscow last week. German Chancellor Angela Merkel urged Russia to investigate and hold the perpetrators to account.

"In view of Mr Navalny's prominent role in the political opposition in Russia, the authorities there are now urgently called upon to investigate this act thoroughly – and to do so with full transparency," Merkel said in a joint statement with Foreign Minister Heiko Maas.

"Those responsible must be identified and held accountable."

The 44-year-old Kremlin critic and anti-corruption campaigner was brought to the German capital on Saturday after falling ill in Siberia last week with what Russian doctors described as a metabolic disorder.

"Clinical findings indicate poisoning with a substance from the group of cholinesterase inhibitors," the renowned Charité hospital in Berlin said on Twitter.

Cholinesterase is a naturally produced enzyme needed to ensure the correct functioning of the central nervous system.

Russia's most prominent opposition figure was rushed into intensive care in Siberia on Thursday after his plane made an emergency landing in the city of Omsk.

His supporters have said they believe he was poisoned by something in his cup of tea at the airport before he took off, pointing the finger of blame at President Vladimir Putin.

The Omsk regional health ministry has said that caffeine and alcohol were found in Navalny's urine, but "no convulsive or synthetic poisons were detected".

Navalny is the latest in a long line of Kremlin critics who have fallen seriously ill or died in apparent poisonings.

He lost consciousness shortly after his plane took off on Thursday from Tomsk in Siberia, where he was working to support opposition candidates ahead of next month's elections.

His spokeswoman Kira Yarmysh said he had seemed "absolutely fine" before boarding the flight and had neither drunk alcohol nor taken any medication.

She said she was sure he had suffered from an "intentional poisoning" and blamed Vladimir Putin.

Navalny has made many enemies with his anti-corruption investigations, which often reveal the lavish lifestyles of Russia's elite and attract millions of views online.

European Union leaders including Merkel and French President Emmanuel Macron have voiced concern for him after he faced repeated physical attacks and prosecutions.