Arrest Kofi Wampa And Others For Banking Scandal -Kennedy Agyapong 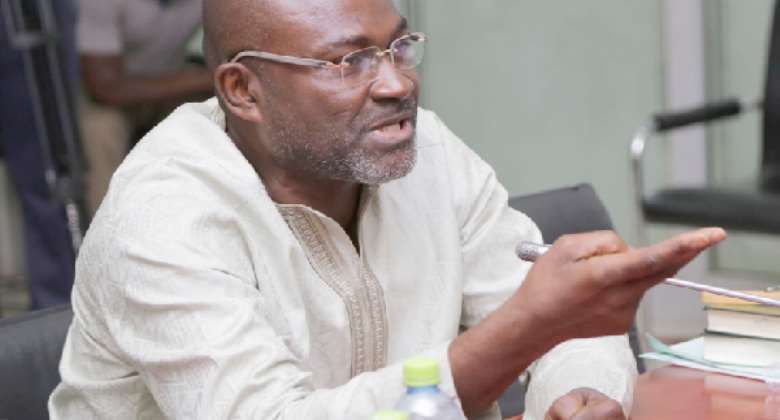 Member of Parliament for Assin Central Constituency,Kennedy Ohene Agyapong has called on government to arrest former Governor of the Bank of Ghana, Dr. Henry Kofi Wampa and other officials for mismanagement of the economy during his time which led to the collapsed banks and revocation of licenses of some 15 savings and loans companies.

According to the law maker, the facts available suggest that the collapse of the banks can be traced to his era as the Governor of the Bank of Ghana.

“I can tell you something that this government together with the regulator and the Finance Ministry took the best decision on the collapse of the banks, however, I want Dr. Henry Kofi Wampa and Dr. Abdul Nasiru to be arrested for the mismanagement of the banking sector under the erstwhile John Dramani Mahama administration,”

“The officials especially at the Banking Supervision Department who watched on for these banks to violate the laws should be arrested immediately,” Kennedy Agyapong exclusively told Kwaku Owusu Adjei on Accra-based Kingdom FM 107.7 during NPP’s manifesto launch at University of Cape-Coast.

“They connived with the owners of the bank to act this way,” he alleged.

The Bank of Ghana revoked the licenses of 386 insolvent microfinance and microcredit companies.

This includes 192 microfinance companies having their licenses revoked with another 155 insolvent companies that have ceased operations also suffering the same fate.

Some seven banks in Ghana have collapsed following an investigation by the Central Bank of Ghana into their operations.

According to the BoG’s investigations, The Beige Bank, Sovereign Bank, and Construction Bank obtained their banking licenses illegally through the use of suspicious and non-existent capital.

The BoG has, therefore, merged The BEIGE, Sovereign, Construction, UniBank and Royal Bank into a Consolidated Bank of Ghana Limited to save the situation.