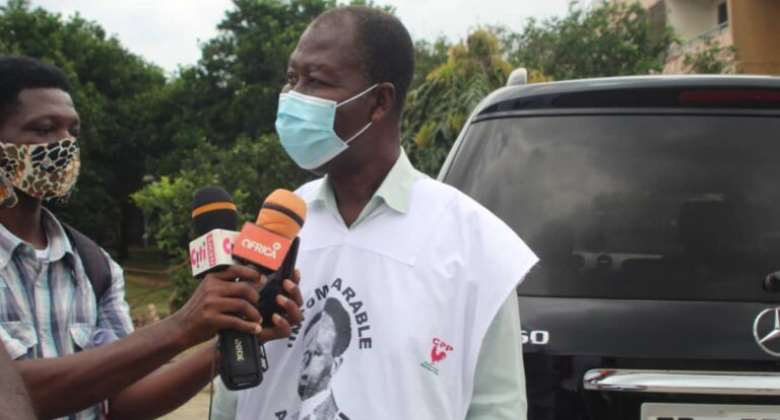 A member of the Convention Peoples Party (CPP) Council of Elders in the Eastern region has accused some elements in the Nkrumaist party of using the party for selfish financial gains.

“We have these two big political parties. We have the NDC and we have the NPP and looking at things they always infiltrate the camp of CPP. I could see this is CPP Congress but I will not be surprised there are NDC and NPP members around.”

“So, being the Chairman of the Congress. I forewarned them that we don’t vote for the highest bidder or friends but we vote for people who are competent to be able to revive the CPP,” Mr.Opare Addo revealed in an interview with Starr News Saturday during the Party’s National Delegates Conference in Koforidua.

Mr.Opare Addo stated that division that mostly wrecks the party’s frontline is as a result of division over sources of funding.

The Convention People’s Party on Saturday elected Mr. Ivor Greenstreet as its presidential candidate for the 2020 general elections.

He defeated two other contestants Bright Oblitey Akwetey and Divine Ayivor, for the flagbearer slot.

Fighting your husband's side chicks is wrong; you could even...
33 minutes ago