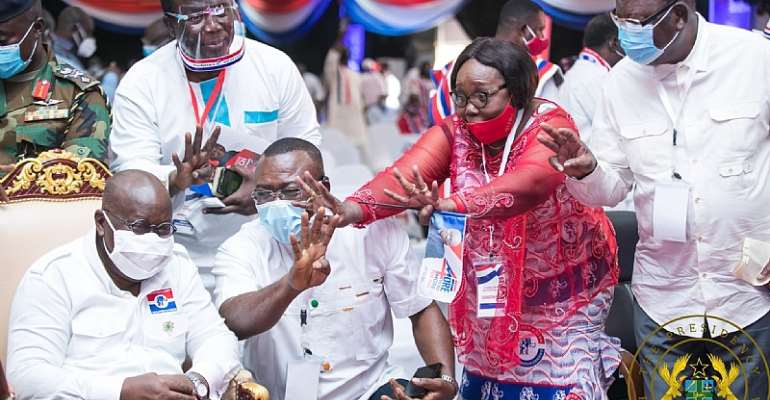 Counsellor Daniel Fenyi has bemoaned the NPP's lack of explicitly clear plans and directions for Basic and Senior High education in their next term if re-elected, though he insisted that Dr. Yaw Osei Adutwum, Deputy Minister of Education, delivered the Greatest Speech during the Manifesto Launch speaking like America's Martin Luther King Jnr with so much hope, sense, nationalism and confidence.

According to Counsellor DF, even though Ghanaians are relatively excited about the 'over-rated' Free SHS concept, Ghanaians are equally worried about the seeming drastic erosion of Quality in the education system. To him, a lot of Ghanaian children and parents do not have any assuring hope that the current education system is capable of producing great future Engineers, Scientists, Teachers, Lawyers and Agriculturalists.

"Currently, there is no strong curriculum running at the basic level. Two terms ago, children did not even write end-of-term exams. The study of Agric Science which is the backbone of Ghana's economy is outruled. Apart from Free SHS, everything else seems poorly implemented", Counsellor decried.

To the renowned educationist, Ghanaians were expecting the NPP to come clear on when exactly the monster 'double track system' will end, when all the E-blocks will be completed, when exactly the 2019 graduates of College of Education will be recruited, Salary increments and payment of arrears of teachers, etc. but the Manifesto woefully failed to outline all such plans.

Counsellor DF indicated that the NPP's plan to introduce free internet connectivity (WIFI) across all SHSs and Tertiary institutions is brilliant. He however querried, "which computers will the SHS students use to access the internet? Less than 20% of SHSs in Ghana have fully furnished computer laboratories. Don't you think we should consider furnishing all schools with fully functional computers first, or will the students use their banned phones?"

Counsellor DF charged the NPP manifesto team which worked on Education to go back to the drawing table and bring Ghanaians something more tangible and appealing.