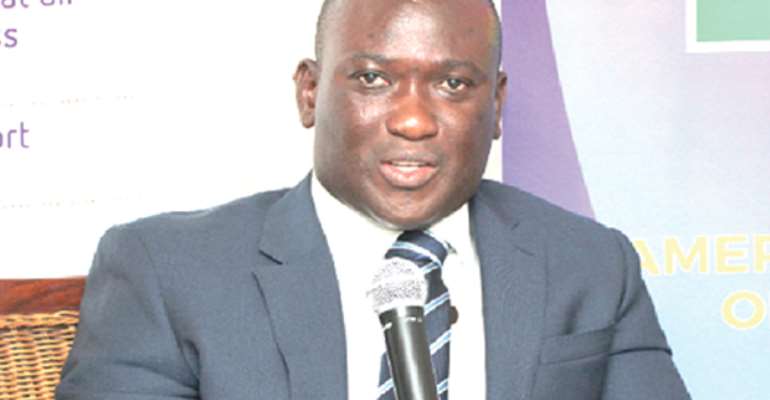 Posters of the MP for the Gushegu Constituency who had stepped down during the last parliamentary primaries of the ruling New Patriotic Party (NPP) have sent confusing signals in the electoral area.

With Lawyer Alhassan Tampuli being the NPP candidate, Dr. Ziblim Iddi's posters suggest he is contesting as an independent candidate.

While the obvious reason for the posters suggests he is going independent, some point at a scheme to sabotage Lawyer Tampuli, whose chances of winning in the December polls are very bright, a source in the constituency has told DAILY GUIDE.

When the MP turned up to register for the new voters' card, those spotted in his company were known National Democratic Congress (NDC) activists, but though a rumour, it adds to the confusion the posters have already created.

That was not all; the NDC persons following him were spotted in NDC branded T-shirts.

Dr. Iddi, who is also Deputy Minister of Tourism, Culture and Creative Arts, did not ascribe reasons for his pullout—leaving room for speculation that he felt overwhelmed by a suspicion that Mr. Tampuli had a mammoth support from both the regional and national executives—reason which is not substantiated.

Lawyer Tampuli was acclaimed by the National Steering Committee of the NPP on Wednesday, June 17, 2020 as the consensus candidate for the constituency looking at the prevailing dynamics.

Also pulling out during the primaries was Mahama Osman.

The people of the Gushegu constituency have praised Mr. Tampuli for initiatives such as construction of roads, boreholes, grinding mills, connection of communities to the electricity grid, support to women groups and farmers among other positive initiatives, even though he is not yet the MP for the constituency.

His benevolent feats have witnessed defections from the opposition NDC to the NPP.

The MP, it would appear, is not willing to speak to the media; efforts by the DAILY GUIDE to have him speak on the issues proving futile. Not even a text message with the theme for an interview spelt out would have him oblige an interview.

When DAILY GUIDE contacted the NPP Gushegu Constituency Chairman, Mr. Mohammed Majeed, he said the constituency executives of the party had seen the posters and reported the matter to the regional and national levels for action.

“A group calling itself 'Supporters of Ziblim Iddi' has placed the posters in about six bases in the constituency and sabotaging the current PC of the party,” he said.

He said it was inappropriate and unfair that the MP's supporters, who were beneficiaries of the School Feeding Programme, would be involved in this act of sabotage against the party.

He encouraged party supporters to ignore those behind it and vote for the NPP candidate, adding that the party is focused in retaining the seat.

When contacted, Lawyer Tampuli said “I have also seen banners of the MP in Gushegu. I do not know what they are meant for. I tried reaching him but he has not answered my calls, neither has he replied my messages.”

Lawyer Tampuli further said “we are focused on our campaign and stand in readiness to fight tooth and nail to retain the Gushegu seat for the NPP with a resounding victory come December 7 by the special grace of God.”

According to him, his campaign team is reaching out to all members of the party and every effort at uniting supporters of the two former aspirants Dr. Ziblim Iddi and Mahama Osman are yielding fruits.

“We are taking the path of conciliation to bring all on board so this new development comes as a surprise to me and I believe it is something worth investigating by the party,” he added.