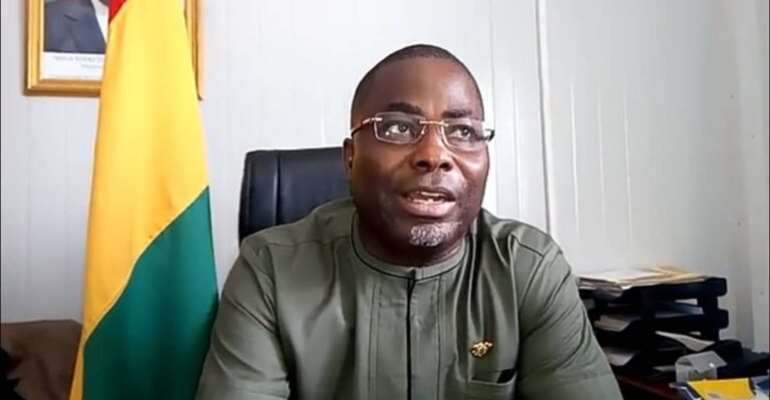 The former Secretary to the Inter-Ministerial Committee on Illegal Mining (IMCIM), Charles Cromwell Nanabanyin Bissue has refuted suggestions that President Akufo-Addo was unaware that the NPP’s manifesto contained a promise to build an airport and a harbour in Cape Coast.

On Friday, a day before the NPP’s manifesto launch in Cape Coast, President Akufo Addo in response to a question on whether the central region needed an airport in an interview on ATL FM said a critical need assessment must be carried out first before an airport can be constructed in the Central Region.

“The response of the government should be that the matter has been thoroughly examined and the need has been established. That is the process the Ministry of Aviation is going through.”

“We have to be able to decide for ourselves whether the need for the airport can be justified when you have Accra, you have Kumasi, you have Takoradi, you have Tamale whether on the coast with Accra’s presence there’s the need for an additional airport,” the president said.

However, launching the party’s manifesto on Saturday, Dr Bawumia announced that the party will construct an airport and a harbour in cape coast if the party is re-elected.

After the announcement by the Vice President, a section of Ghanaians have questioned whether the president was unaware of the contents in the manifesto.

But speaking in an interview on the Morning Starr, Mr Bissue who is also the General Secretary of the NPP in the Western region said the president was just keeping his cards to his chest.

“I think the President was keeping his cards close to his chest with regards to giving Cape Coast an airport.”