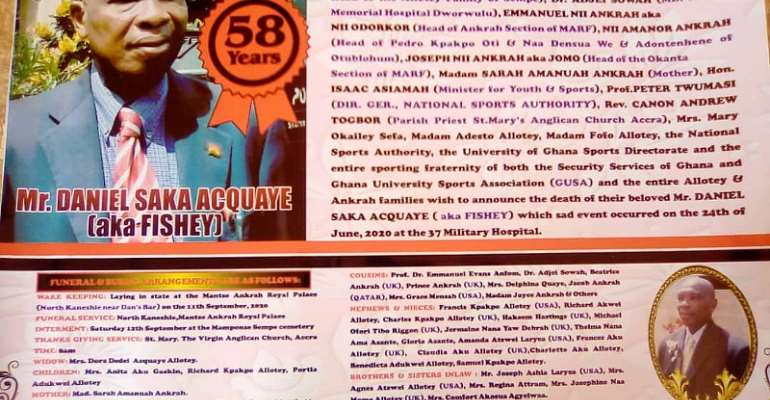 The burial arrangements for the late Saka Acquaye (Fishey) have been announced.

The former Deputy Director General, Technical of the NSA will be buried on Saturday 12th September, 2020 at the Mamponse Sempe cemetery in Accra.

He will be laid in state for filing past at the Mantse Ankrah Royal Palace at North Kansehie near Dan's Bar on Friday 11th September, 2020.

Mr Acquaye, before his demise, was a former national swimmer as well as a handball enthusiast.

He achieved a lot during his days as a sports person and administrator.

He was survived by three children and a wife.