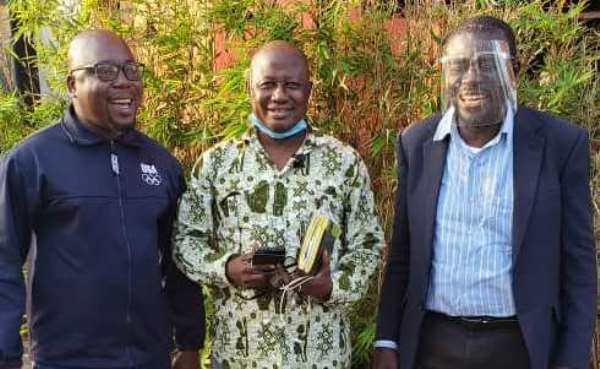 The three presidential aspirants of the People's National Convention (PNC) have called on the party's Council of Elders to urgently address current cracks within the party.

In a joint statement issued on Sunday, August 23, 2020, the aspirants said a timely intervention by the Council of Elders will ensure that the party becomes a formidable force going into the 2020 elections.

Barely four months to the 2020 general elections, the party is yet to elect its national executives and flagbearer following disagreements between the leader of the party, Dr. Edward Mahama and the party’s Chairman, Bernard Mornah.

Whereas the National Chairman of the PNC, Bernard Mornah set the party's National Delegates Congress on September 19, 2020, a separate directive from former flagbearer and leader of the PNC, Dr Edward Nasigrie Mahama, overturned Mornah's instruction.

Dr. Mahama announced a new date for the same congress pushing it to September 26, 2020.

It is currently unclear the exact date the PNC will hold the congress due to the separate dates announced with various members and executives of the party divided over their loyalties to both leaders.

The Youth of the party has also called for a resolution of the ensuing impasse.

We the three Flagbearer hopefuls on the ticket of the People's National Convention, are calling on the Council of Elders of our great party, to as a matter of urgency intervene and resolve all growing factions within the party in the interest of the PNC.

Following a meeting between our good selves, we believe a timely intervention by the Party's Council of Elders on recent happenings in the party, will help ensure the PNC goes into the 2020 general elections with a formidable and a unified front.

It's not good at all — GMA expresses concerns over rising CO...
21 minutes ago