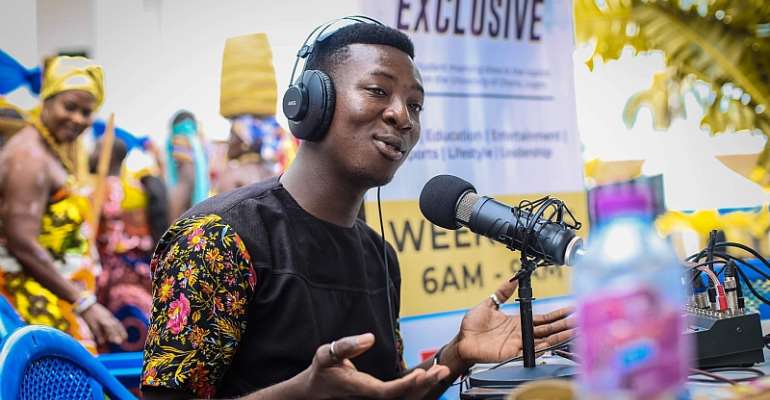 I have followed recent developments around the Student Loan Trust Fund, conducted several interviews with student leaders, the government, the Fund managers, and other stakeholders.

I thought the Fund was struggling and needed a complete overhaul of its operational regime for the purposes of settling on sustainable sources of income flow to satisfy the numerous claims it receives annually.

In fact, that has been the expectation of many of the beneficiaries of the Fund who have had to defer their courses due to delay in disbursements this year and in the past.

Yes, the operational regime was to change and it will. Except for this time, giving more access to applicants in the fashion of breeding more cattle to graze on tiled floors.

Or in the case of the Fund itself, milking an already over-milked cow without any thoughts of at least feeding it to replenish its energy. Soon instead of milk, you’ll see blood.

That’s the case of the Student Loan Trust Fund and the promise to scrap the mandatory requirement of a guarantor while applying.

The main sources of funding for the SLTF are Getfund, Communication Service Tax and Repayment by debtors of the Fund.

The annual recovery rate of the loans in nominal terms is so little that, in a particular year even if the Fund got all the expected repayment, it still cannot honor new applications without significant support from GETFUND and CST.

The CST was increased in 2019 and reduced in 2020 for obvious reasons. Which means that the yield from that end will not be any better in the forthcoming year.

Problem has been that a lot of other things depend on the GETFUND and CST, and so mostly, disbursements delay to the detriment of students who need the monies.

Over the past few years, the SLTF pays an average of 80 million cedis each academic year with the current scope of eligible applicants.

Even with that, beneficiaries of the Fund have had to hold press conferences to threaten demonstrations and in some instances, hold online campaigns etc, just to demand the release of the monies.

Let me tell you what the PRO of the SLTF, George Ferguson Laing told me in one of my interviews with him on Campus Exclusive.

I asked him how long they were going to make the aggrieved students complain and threaten demonstrations before they released the monies.

His answer - *‘Threats of Demo will not speed up the process for the release of the funds. It’s not like the money is sitting in a certain account and we are refusing to give it out. It’s simply not there. So the demo and its likes will do very little to help them in this fight’.*

This has been the fate of the ‘FEW’ students who manage to get GUARANTORS to apply for the loan.

But you know, there is about a 30-40% expected increment in the average number of student enrollment in the tertiary institutions due to the exit of the first batch of Free SHS beneficiaries. This also means more people will be eligible to apply for the loans, and more may apply.

Taking down the ‘barrier’ of guarantors to allow for an increased access to the Fund is definitely a good step, at least on the face value. But what is more important is to show a workable blueprint on how the Fund will be adequately resourced to pay up all the claims of beneficiaries, and do so on time.

At least the past few years have not gone by without needless deferment of study programs by poor students whose only crime was to trust the loan regime to be efficient and effective enough to pay up.

They did not know that just by applying for a loan which they will repay anyways, they were putting their degrees and diplomas on the line. And in fact, with what I’ve gathered from some of the aggrieved beneficiaries of the Fund, one would be lucky if all they had to do was to defer their programs, there are grimmer stories.

If you put all these things together and add the inevitable increase in applicants with the scrapping of the guarantor system, you’d possibly agree with me that this is just music to the ears.

Maybe the NPP should come back again with a clearer plan on how they hope to increase the viability of Fund in the face of growing number of claims on it, and show how they’ll be able to meet the demands.

We do not want any situation where students will be led on into thinking that ‘y3 tete Sika so, nanso 3kom de y3n’ and by the time they begin demanding the payments, they’ll be pepper-sprayed like students from the Schools of Hygiene who were only demanding their allowances which have been in arrears for three-years.

I cannot agree with such a gamble on the welfare of students. I don’t know about you.

The writer is a student activist, a PR Strategist and a media practitioner. Contact: [email protected]

Latest Photo Reports
Catch up with all the political quotes from our politicians.
Advertise here
More Article
ModernGhana Links
Mapping the contours of Jihadist groups in the Sahel
Negative at last – My covid experience
A granular look at UK's COVID-19 'red list' shows why it's deeply flawed
Mobile Money Drives Informal Sector Tax Revenue Mobilization as the Telecom industry paid Ghc3.6Billion Tax in 2020
What the objections to COVID-19 control measures tell us about personal freedom
Children are losing caregivers to COVID-19: they need support
What the objections to COVID-19 control measures tells us about personal freedom
Whistleblowers are key to fighting corruption in South Africa. It shouldn't be at their peril
Tigray war antagonists are reluctant to talk peace: why and what's next
TOP STORIES

Takoradi woman confesses she was not pregnant
45 minutes ago