By Serge DANIEL and Malick KONATE 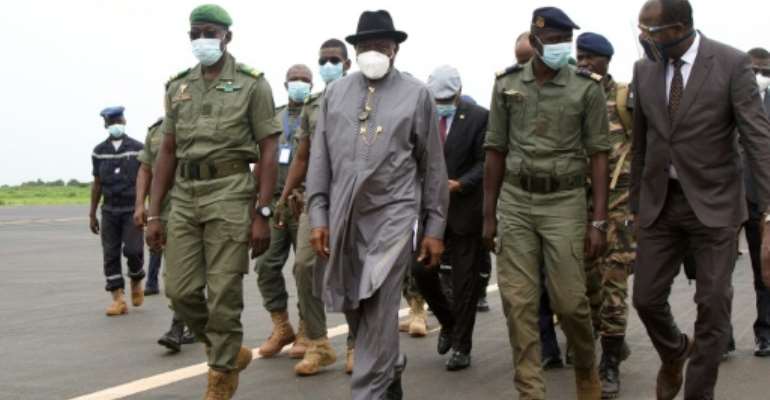 Discussions on the fate of Mali's ousted president Ibrahim Boubacar Keita between a West African delegation and the junta that deposed him entered a second day on Sunday.

Rebel soldiers seized Keita and other leaders in a coup on Tuesday, dealing another deep blow to a country already struggling with a brutal Islamist insurgency and widespread public discontent over its government.

Mali's neighbours have called for Keita to be reinstated, saying the purpose of visit by the delegation from the regional ECOWAS bloc was to help "ensure the immediate return of constitutional order".

Keita is being detained by the rebel soldiers at a military camp outside Bamako.

"For more than three hours the junta and the ECOWAS delegation have been discussing the fate of President IBK and the return to a normal constitutional order," a member of the delegation added, speaking to AFP on condition of anonymity.

The junta has welcomed the ECOWAS visit but has not talked of restoring Keita to power.

Months of mass protests calling his resignation led to violent unrest, and his toppling prompted thousands of jubilant Malians to celebrate in the streets of the capital Bamako.

The junta has said it "completed the work" of the protesters and has promised to quickly put a "transitional council" in place.

Tuesday's coup was Mali's second in eight years, and has heightened concern over regional stability as its jihadist insurgency that now threatens neighbouring Niger and Burkina Faso.