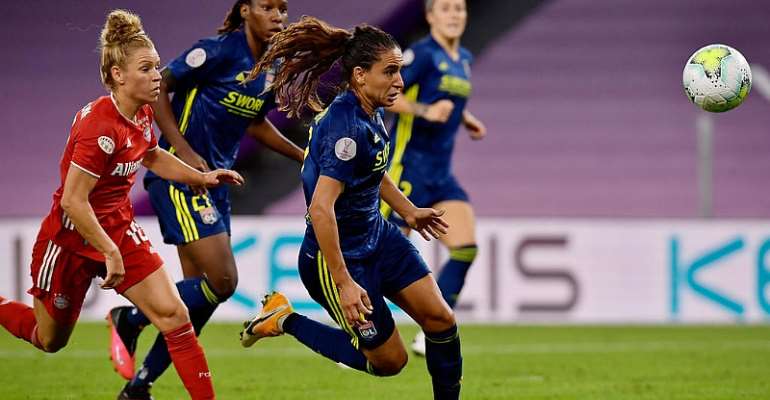 The women's UEFA Champions League saw two victories for French teams PSG and Lyon overnight in quarter final matches. Lyon got the better of Bayern Munich 2-1 and PSG overthrew Arsenal with the same score. They will now face each other in the semi-finals next week.

England striker Nikita Parris put Lyon ahead in the 41st minute with Amel Majri adding a second goal 14 minutes into the second half, while Carolin Simon pulled one back for Bayern.

Meanwhile, Danish forward Signe Bruun came off the bench to grab the winner for Paris Saint-Germain in the 77th minute after Arsenal's Beth Mead had cancelled out Marie-Antoinette Katoto's first-half opener.

Brunn explains how it was a double victory for her, after she spent 16 months recovering from an injury.

The PSG women's victory comes on the heels of the men's team success against Leipzig on Tuesday setting them up to face Bayern Munich men's side in the final on Sunday evening.

The two French women's sides will meet on Wednesday in Bilbao, while Barcelona take on VfL Wolfsburg in the other semi-final in San Sebastian on Tuesday.

Amel Majri said "maybe revenge is in a corner of our mind, but for us it's different, we're used to it," referring to her team's consistently exceptional performance in the European league.

There’s no space to admit you into law school – Akufo-Addo t...
25 minutes ago