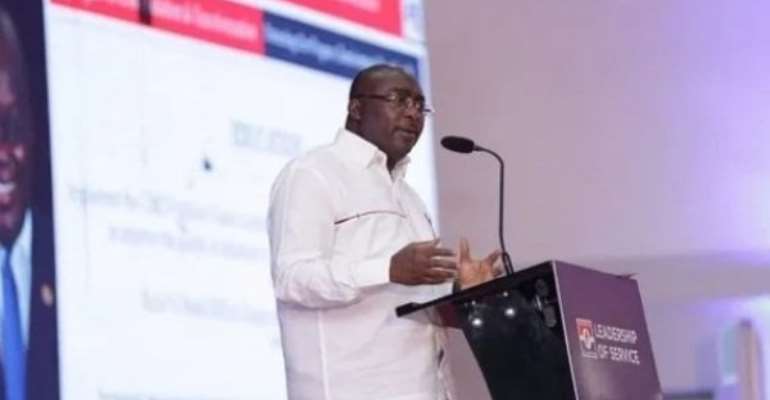 A National Equipment Leasing Policy to facilitate affordable leasing of capital equipment to public and private organisations for development projects will be implemented in New Patriotic Party's (NPP) second term.

The policy would save government millions of Ghana cedis as it would offload the cost of maintenance of those equipment on a leasing company.

Vice President Dr Mahamudu Bawumia and Running Mate of NPP flagbearer, announced this at the launch of its 2020 Manifesto in Cape Coast on Saturday.

The Party also promised to establish a National Transport Sector Recapitalization Policy to enable commercial vehicle operators to exchange their old vehicles with new ones and pay the cost overtime.

This would breathe life into the local automobile manufacturing companies, get rid of rickety vehicles on the road as well as reduce the high incidence of road crashes.

The Manifesto was on the theme, "Leadership of Service, Protecting our Progress, Transforming Ghana for All" was held virtually, and streamed live on major media outlets and social media platforms across the country due to the COVID-19 pandemic.

The Manifesto was segmented into three parts-accounting for our leadership, consolidating our gain and plan for accelerating growth.

The Manifesto is a social contract between the Party and the people. It outlines the programmes, policies and ideas it intends to implement should it wins power.

The event was attended by government officials, traditional rulers and party bigwigs, with President Akufo-Addo officially outdooring the document.

Vice President Bawumia added that the next NPP government would implement a National Rental Assistance Scheme with a seed fund of GHc100 million to enable gainfully employed Ghanaians rent decent apartments and pay it overtime.

Giving accounts of the Akufo-Addo led government's three and half years in office, Dr Bawumia said it had fulfilled 80 per cent of its promises, with over 300 achievements.

The achievements, he said, cut across various sectors of the economy including many infrastructural development in the areas of roads, healthcare, agriculture, education and social interventions to ease the burden on the poor and vulnerable.

The next NPP government, Vice President Bawumia assured, would consolidate the gains made so far and focus on its industrialisation drive including one-district,one-factory, Planting for Food and Jobs, Rearing for Export and Rural Development, commence the Integrated Aluminum and Bauxite, Iron and Steel projects as well as expand other existing programmes.