NPP Has Shown Tenacity To Manage The Economy — Abena Osei-Asare 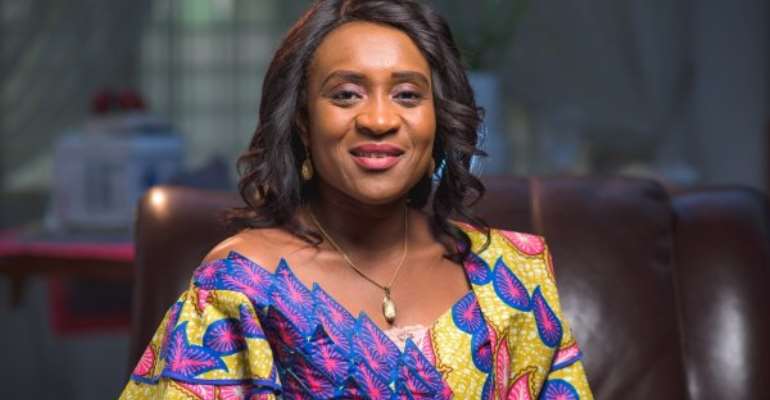 Mrs Abena Osei-Asare, a Deputy Minister of Finance has stated that government's prudent management of Ghana's economy in the midst of global crisis has shown tenacity to return the country onto the path of rapid growth and development.

“The Government has demonstrated that in bad times, the best policies, programmes and character will keep the economy stable and going.

It has demonstrated its relentless caring virtue through numerous social interventions with determined focus and firm leadership to bring development to all regardless of one's location.

Government, she indicated, had picked up the economy strongly and warmly rallied the collective efforts of all to win the December election as the Party launched its Manifesto for election 2020.

The event is held on the theme "Leadership of service, protecting our progress, transforming Ghana for all".

Mrs Osei-Asare who is also the Member of Parliament for Atiwa East, said within a period of three years, the government has essentially stabiliised Ghana's economy through fiscal consolidation and micro-prudency.

"We have moved growth to an average of 7 percent over the period, reduced inflation from 15.4 to 7.9, $2billion of trade balance, and systematically and diligently exited International Monetary Fund (IMF) programme."

On youth in Agriculture to feed the nation, Mr Sammy Awuku, the National Organizer of the Party said government was committed to investing in the agricultural sector to create jobs and make the nation self-reliant in food production.

In that regard, he announced that government had secured $37million from the African Development Bank (ADB) for commercial farming activities in the Savannah and Northern Regions.

To encourage and support the local poultry industry and meat processing, government had succeeded in supporting three farms including; Darko farms, Asamoah and Yamoah farms in Ashanti Region and Anglo farm in Cape Coast in the Central Region.

Through its flagship programme to revolutionise the agric sector, government introduced planting for Food and Jobs (PFJ) leading to increased farmer participation of 202,000 in 2017 to 1.2 million in 2019.

That according to him, resulted in yields of maize, rice and soyabean increasing by 131 percent, 59 percent and 69 percent respectively in three years.