80% Of Our Promises Fulfilled – Bawumia 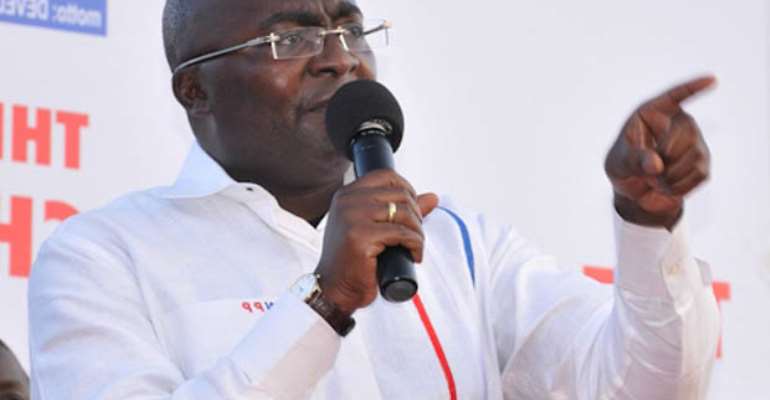 Vice President Dr Mahamudu Bawumia has revealed that the NPP government has fulfilled 80 percent of its 2016 manifesto promises.

He made the disclosure at the launch of the party’s 2020 Manifesto launch in Cape on Saturday, August 22, 2020.

He stated that the party has listed over 300 achievements in its 2020 Manifesto.

According to him, post Covid-19, NPP wants to consolidate its achievements such as free SHS.

He stated that the government does not want to let its achievements go but rather deepen them.

He stated that government wants to improve on education in the Zongo Communities.

He stated that 16 model Senior High Schools were being built in Zongo Communities in all the 16 Regions of Ghana.

He assured that the government will help expand the infrastructure needs of law schools to enable them take in more students.