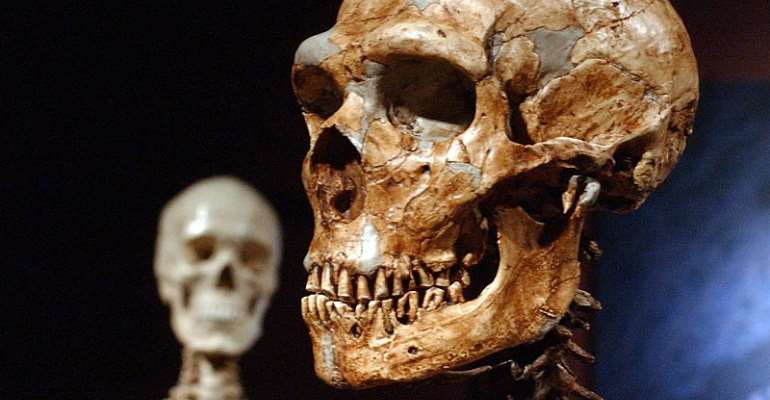 Researchers unearthed a tooth estimated to be around 70,000 years old, at the archaeolocial site of Montmaurin, in Haute-Garonne, near the Spanish border. The incisor, believed to have belonged to a Neanderthal adult, was found in the Coupe-Gorge cave.

The tooth was found on August 11, just a few days after archaeologists continued excavations that were abandoned in the 1960s.

Humanoids populating the region 700 centuries ago were believed to be nomads. Earlier research showed that the Coupe-Gorge cave, in the southern Haute-Garonne area, may have been used as a gathering place where nomads brought animals for consumption.

Cutting tools made of stone and leftovers of meals were found.

During excavations in 1946, paleontologist Louis Méroc found the skeleton of a cave lion on the site as well as a child's mandible (jawbone), dated to the pre-Neanderthal era.

Third hand
The recently found tooth has a root of over 2 cm, which is rather long, and typical for Neanderthal males. It seems to have been intensively used, which points at other use than just chewing food.

"These (humanoids) used their teeth as a third hand,” says Amélie Vialat, a researcher at the Montmaurin caves.

“It may have been used as a tool to work leather for example. This explains why (the tooth) is very worn.”

The National Museum of Natural History, that also organizes exhibitions for the larger public, will further analyse the inner structure of the tooth through a scanning process, in order to determine the age of its owner.