West African leaders add to pressure on Mali after coup 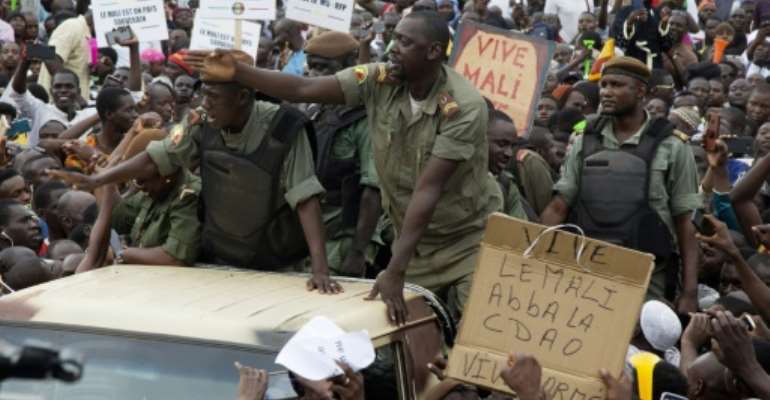 West African leaders headed to Mali on Saturday days after a military coup, planning to meet the new junta as well as ousted president Ibrahim Boubacar Keita amid escalating diplomatic pressure for a speedy return to civilian rule.

A delegation official said they would meet members of the junta and later Keita, who is being held with prime minister Boubou Cisse in Kati, a military base northwest of Bamako where the coup was unleashed.

Adding to the international pressure, the United States on Friday suspended military aid to Mali, with no further training or support of the Mali armed forces.

But thousands of jubilant Malians took to the streets of Bamako on Friday to celebrate the toppling of Keita, who was reelected in 2018 but became the focus of widespread discontent.

The crowds gathered in Bamako's central square draped in the national flag and blasting on vuvuzela horns.

Speaking at the rally Ismael Wague, spokesman for the junta which calls itself the National Committee for the Salvation of the People, paid tribute to the public.

The junta has said it weclomes the ECOWAS visit but has not talked of restoring Keita to power.

"A transitional council, with a transitional president who is going to be either military or civilian" would be appointed, Wague told France 24 television Thursday.

In a sign of the continuing challenge facing the country, four soldiers were killed by an explosive device in the centry of the country.

The ECOWAS visit to Mali comes after the UN's peacekeeping mission in the country said a human rights team had gained access to the ousted president and other detainees on Thursday.

Tuesday's coup was the second in eight years, and has heightened concern over regional stability as its jihadist insurgency that now threatens neighbouring Niger and Burkina Faso.