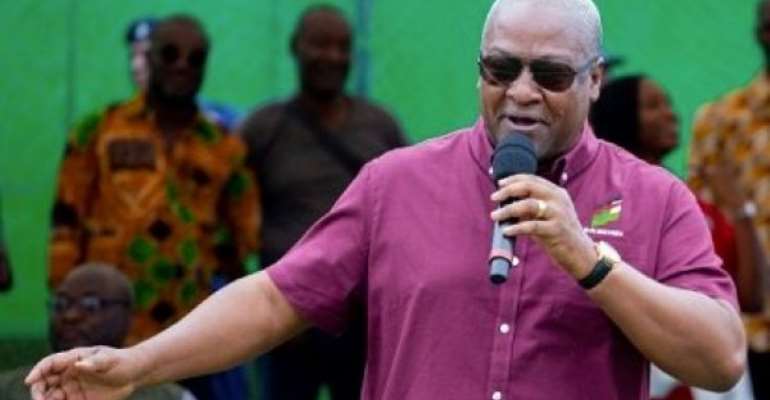 Former President John Dramani Mahama has called on the youth in the country to vote for a political party that prioritises and cares for their future.

"This election is about your future, especially the young people. It is about the future for your children and children's children and the party that will guarantee that future is the NDC," he said.

Mr Mahama who addressed the people of Alavanyo in the Hohoe Municipality as part of his tour to the Volta region said the NDC would create one million jobs for the young people of Ghana, if voted for.

He said the next NDC government would also provide financial assistance for the youth, who would be interested in learning apprenticeship or skills with their hands.

The Flagbearer called on eligible voters to go out in their numbers during the exhibition of the voter's register to check their names and cautioned them not to vote "skirt and blouse" during the December polls.

"In Hohoe Constituency, no skirt and blouse vote. I know that because elections are coming, they will come and give you money.

"When they bring the money, take it and 'chop' it, but when you enter the booth, remember that you are voting for the future of your children."

Mr Mahama said the many plans the Party had for citizens would materialise if given the nod.