Miss Guadeloupe disqualified from competition due to topless charity photos 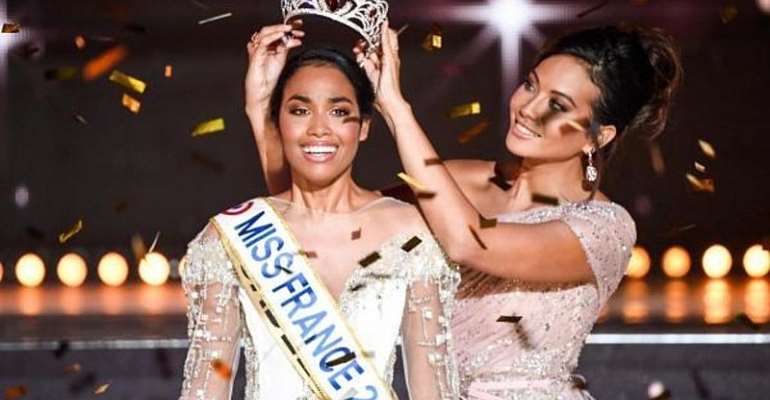 A contestant in the Miss Guadeloupe beauty competition was disqualified at the last minute due to her having been photographed topless for a breast cancer awareness campaign. The young woman says she doesn't regret her actions, and is surprised at the outpouring of support on social media.

"I will continue to defend values close to my heart," Anaëlle Guimbi wrote on social media on Thursday, after she learnt that she would not be able to compete in the weekend competition 'Miss Guadeloupe' alongside 6 other candidates.

On Thursday, the organisers of the regional Miss France competition explained the reason for her disqualification over a series of photographs deemed "contrary to Miss France values."

The pictures in question were for Amazones Guadeloupe, an association which accompanies breast cancer patients and their families.

"It's not the cause she's standing for which poses a problem, but it's a question of applying the rules," explained Sandra Bisson, the national Miss France representative for Guadeloupe, in an interview with local La 1er television.

The rules stipulate clearly that no candidate is accepted if they have done nude photos of any kind.

"I told myself that maybe I should've thought about it before hand."

"But then after awhile, I said to myself, where is the problem? It's for a noble cause, my intention was good and the photos are not vulgar in any way."

Social media support
"I'm proud of what I did and I don't regret it," she said.

She accepted the management's decision, saying it was "severe, but fair play" and went on the wish the other candidates good luck for the Saturday evening pageant.

"The rules are strict, and I didn't follow them, so now I'm facing the consequences."

Online, her followers expressed their disappointment in the decision and showed their support.

The Amazones association also said they were "surprised" and "disappointed" in the decision and said as much in a open letter which was posted online.