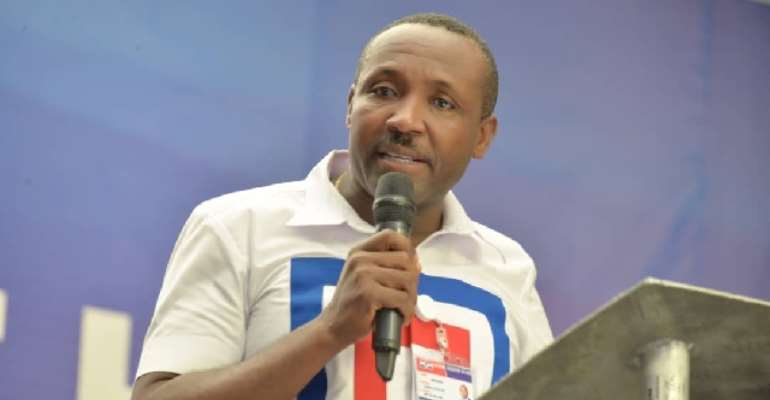 Chief Scribe of the ruling New Patriotic Party John Boadu, has accused the largest opposition National Democratic Congress of waiting to copy the manifesto of the NPP after its launch.

He said the NDC indicated earlier that the party was ready with its manifesto and has handed it over to the party’s elders but till date the NDC has not been able to launch their manifesto, this he attributed to the alleged plot of the NDC to steal their policies and programs after the NPP launches its book (Manifesto) of promises to the people of Ghana.

He made this statement on Saturday, August 22, 2020, during the launch of the party’s Manifesto which is currently ongoing at the University of Cape Coast – NEC hall.

Mr. John Boadu said the manifesto to be unveiled contains yet another promise of programs and policies that will change the lives of the people of Ghana positively.