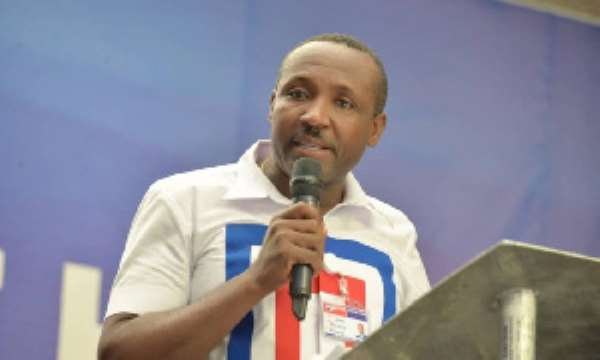 The General Secretary of the ruling New Patriotic Party (NDC) John Boadu says the oppositional National Democratic Congress (NDC) which announced plans to outdoor its manifesto in August this month is deliberately playing delay tactics waiting to steal ideas from the NPP's 2020 manifesto.

According to him, NDC gave announced two months ago that their manifesto is ready and submitted to the party executives but wonders what's keeping them.

“They announced two months ago that their manifesto is ready but they have not been able to launch, Obviously they are waiting for us to launch our manifesto so they can copy as usual, since they have no original ideas. Well, we have launched so they are free to copy,” Mr Boadu said in his address at the party’s manifesto launch at currently ongoing at Cape Coast in the Central region.

The event is being held virtually.

Your MMDCE list plagued by inequalities entrenched in the du...
20 minutes ago

Chereponi: 12 arrested after vandalising properties over nom...
45 minutes ago