Addo-Kufuor humbled for failing to notify constituents of his ambition 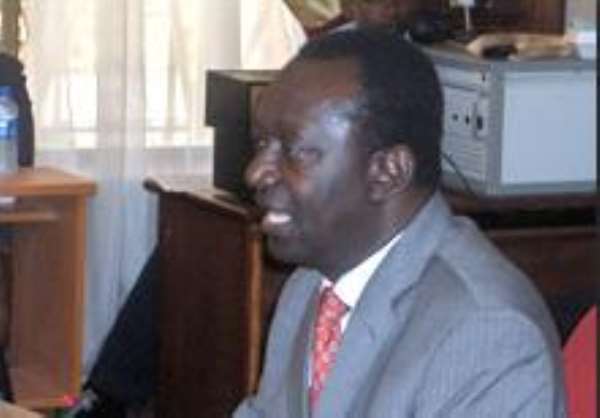 Chronicle's surveillance team in Kumasi captured a secret meeting between Defence Minister, Dr. Kwame Addo-Kufuor and party leaders of his Manhyia Constituency, last Friday, during which the Minister was reproached by the party leaders for announcing his presidential ambition in Koforidua without giving them prior notification.

The Minister who had been hinted about the raging anger of the leadership of the New Patriotic Party (NPP) in his constituency for his failure to officially inform them about his ambitions before going public with it, called the meeting to calm the tempers of the party leaders who had threatened to reject him at congress for not according them the necessary decorum.

The 66-year-old Minister who is seeking to succeed his brother, President J. A. Kufuor, is said to have apologized to the party leaders who were made up of Constituency Executives and Ward Coordinators, for his indiscretion. He told the party officials that he only planned to meet with a few party executives in Koforidua and stressed that though his intension was not to make public his presidential ambition at the Koforidua meeting, when he got to the venue of the meeting, his organizers had managed to bring together about 100 potential delegates so he decided to take advantage of the unexpected numbers to declare his presidential ambition.

The near impressive meeting, which almost succeeded in attracting the sympathetic and forgiving spirits of the party officials after the Minister's teetotal apology, was poisoned when it got to the time for money sharing.

The meeting room was thrown into total confusing with resonated grumbling from all corners when the party men realized the Minister was giving them just 100,000 cedis each.

Matters even became worse when it emerged that even with that amount, which was described as insulting by most of the people, not all the officials could have a share.

The two had a tough time carrying out the exercise since the money that was given out by the Minister could not cater for all the officials who were present at the meeting. Party officials, who received the amount and those who did not, complained that the Minister had decided to take them for a ride.

There was a consensus that Dr. Addo-Kufuor had been parting millions to similar people in other regions and constituencies but was not prepared to do the same to his constituents.

“How can you go to Upper East and other areas and give people one or two million cedis each and then when you come to we the people who have kept you in Parliament for three consecutive terms, then you insult our conscience by giving us 100,000 cedis each even including the Chairman?”, an angry constituency party official questioned.

The anger and desperation of the Constituency officers was further exacerbated by the fact that after the Minister had been offered the opportunity to apologize for his indiscretion, he failed to realize the need to allow sometime for the party loyalists to also ask questions or make brief comments.

He called for the closure of the meeting after his speech with the excuse that he needed much time to embark on a tour of the constituency to inspect ongoing projects.

After the meeting, the Minister was accompanied by some of the party leaders loyal to him and some paparazzi to tour four out of the nine Electoral areas of the Constituency.

Key among the party officers who were present at the meeting were, Constituency Chairman, Nana Osei Mensah, his Deputy Alhaji Madani who chaired the meeting as the Chairman was not well and Albert Atta Annor who holds several positions, including Constituency Secretary, Government's appointee to the Kumasi Metropolitan Assembly, Deputy Regional Secretary of the NPP and General Secretary of the Addo-Kufuor Campaign team.