Why Ghana Needs More of John Mahama’s Type of Politics 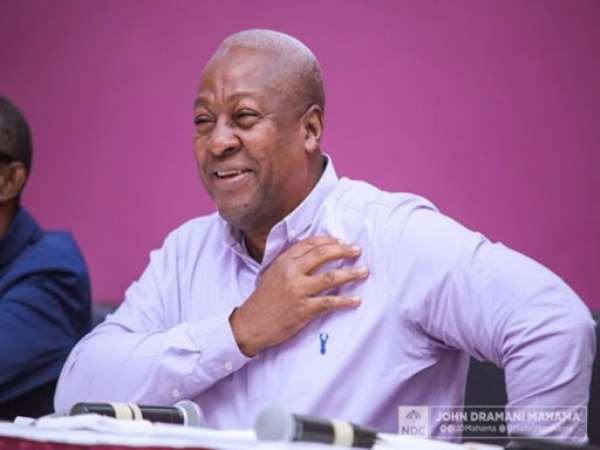 Arguably, no politician in Ghana has been subjected to so many personal attacks, calumnies, vilifications, vicious lies and malicious propaganda like John Mahama. It is rumoured that one of the first of such direct attacks was meted out to him by a young man (name withheld) in Bole during John Mahama’s time as a Member of Parliament. Like the case is with most people perceived to be in privileged positions in our society, anytime John Mahama visited Bole, young men will throng to him asking for financial assistance for all manner of things. The story has it that on this fateful day, this young man upon spotting John Mahama’s vehicle started walking towards it. The driver, upon seeing him, pressed the buttons to roll up the windows – ostensibly, to stop the young man from making any contact with John Mahama. But before the windows could fully roll up, the young man had reached the vehicle. Exasperated by what the driver had done, the young man directed his vitriolic spleen at John Mahama – disgorging mouthfuls of unprintable expletives. The befuddled Mahama just looked on and allowed the young man to vent it all. Onlookers thought that the young man’s behaviour was rather offensive and called for his head. But no, the affable John Mahama will not have them attack the young man – not under his watch, and never. John, who was by this time out of his car, simply smiled and plodded on.

At the national level, a lot of unfounded allegations have been poured at him mostly with the sole aim of impugning and maligning his person and character. Take for example the well-thought-out and carefully calibrated “friends-and-family-government” tag thrown at him while he was President. It is a fact that with the notable exception of Mrs Joyce Bawah (the then Deputy Minister of Transport), no one in John’s government was related to him to have qualified him or her as a “family” member. And yet, the persistence and consistency with which the labelling was done meant that even SOME of his family members started believing that there was (perhaps) some truth in the cacophony. Without aiming to give the recent Tracey-Mzbel hogwash the attention it doesn’t deserve, it cannot go unmentioned that it is yet another of those vicious allegations perpetrated by a bunch of vile and malicious opportunists who seek nothing but the desecration of Mahama’s person. And yet, on the sand dunes of morality, the same people who are feeding this chalice with the poison, cannot possibly stand upright lest they get consumed by the whirlwinds of their moral turpitude.

Contrastingly, unlike the noisy “neighbours” in glass houses who have made it their second nature to throw stones, John Mahama appears to chart a different path. For example, in the not-too-distant past, social media was agog with leaked videos of no mean person than our own National Security Minister (Mr Albert Kan Dapaah) gyrating in front of a camera in his pyjamas like a headless chicken (in what has been referred to as “Pyjamagate”). Unlike the case is with the Tracey-Mzbel duck soup (where listeners OR viewers are left to surmise who the so-called “papa no” is), in “Pyjamagate”, we saw everything ‘fiilifiili’. That notwithstanding, Mahama’s admonitions to his large followers in the heat of “pyjamagate” was (and still is) to let sleeping dogs lie. In private and in public, he joined in the call to make molehills out of what was evidently one colossus of a mountain. Like Jesus in John 8:7, he goaded those who were making the noise about Mr Dapaah’s apparent indiscretions and escapades to cast the very first stone if they knew they were without sin. Silence followed. And that was how he joined in “killing” the story because we understood that as fallible humans, we’ve all sinned and fallen short of the glory of God.

Despite all the repulsive and unconscionable attacks directed at His Excellency John Mahama’s, he has been consistent in doing one thing: letting it all simmer away. It is one characteristic of John Mahama many have come to admire over the years and one worth-emulating (in my estimation) by those in the putrefied and fetid waters of Ghanaian politics. John Mahama’s poise and good deportment while wrapped up in the whirlwinds of character assassinations in our political space is certainly admirable.

In a country where we are increasingly majoring in minors and minoring in majors, it is refreshing to observe that John Mahama is different.

In a country where we are increasingly vindictive and hating our own, it is refreshing to see that John Mahama has chosen to exonerate even in the face of extreme provocation.

In a country where our national discourse prioritizes personalities over policies (to alleviate poverty, malnutrition, access to quality education, domestic abuse, rape, access to potable water, and access to good quality infrastructure), isn’t it refreshing that John Mahama chooses to focus on issues rather than on personalities?

If there is anything that is deleterious to the development of Ghana and the Ghanaian people, it certainly is poverty, malnutrition, access to quality education, access to potable water and access to good quality (transport) infrastructure to help reduce transport-related deaths. The last time I checked, deaths resulting from road traffic accidents alone claimed well over 7,000 Ghanaians in 2018. That is far more than the dreaded Coronavirus has claimed and can, touch wood, claim. That surely ought to be one of the issues filling our airwaves and media platforms – not hearsays and gossips.