Ahafo Region Shall Be The 2nd Stronghold Of NPP - Regional Minister 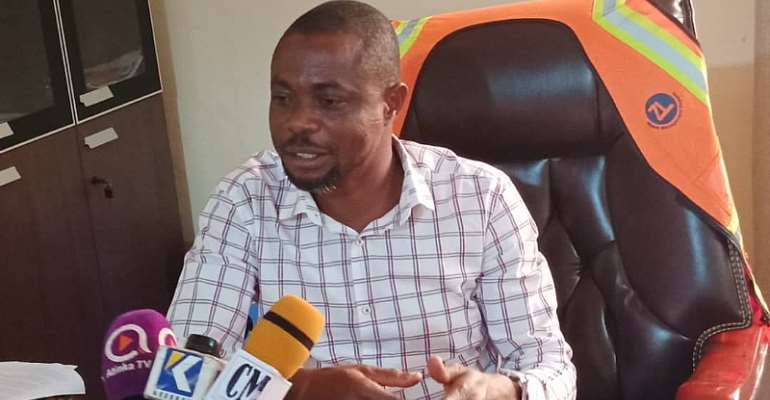 The Ahafo Regional Minister who doubles as the Member of Parliament for Asunafo North Constituency, Hon. Evans Opoku Bobie (MP) made a firm declaration during the Ahafo Regional NPP Campaign Launch, which took place at Goaso, that, with unity, determination and hardworking, the Ahafo Region shall surely become the second stronghold for the New Patriotic Party after 2020 December Presidential and Parliamentary Elections.

Ghana electoral results and statistics show clearly that, the Ashanti Region remains the stronghold of the New Patriotic Party (NPP).

The NPP Government has started the construction of Norbeko- Sankore road in the Asunafo South of which he claim former President Mahama gave a blind eye to it.

He reminded the people of Ahafo about the lies and illusions peddled by former president Mahama regarding the construction of Akrodie-Asumura Road.

But less than four years of NPP administration, he said President Akufo-Addo has awarded the construction of Akrodie-Asumura Road in the Asunafo North Constituency of the Ahafo Region to a contractor.

According to him, it is evidently clear that each and every District in the Region has a lot of projects to boost of, aside the regional ones.

"The projects has created informal and formal employment for the youth of Ahafo. The people of Techimantia in the Tano South have also eulogised the NPP Government for awarding the Construction of Techimantia Road and commuters of Bediako-Kasapin Road in the Asunafo North are highly ecstatic.

"Due to the numerous projects, H. E . E. Nana Addo Dankwa Akufo-Addo shall win the Ahafo Region with more than 60% and claim all the six parliamentary seats in the region.

"The creation of the Ahafo Region by H. E. Nana Akufo-Addo has given the people of Ahafo an idiosyncratic identity. Ahafo Regional NPP shall never relent in the campaign season but will ensure a landslide victory which will apotheosis the region to become the second stronghold of the New Patriotic Party (NPP)," he stated.