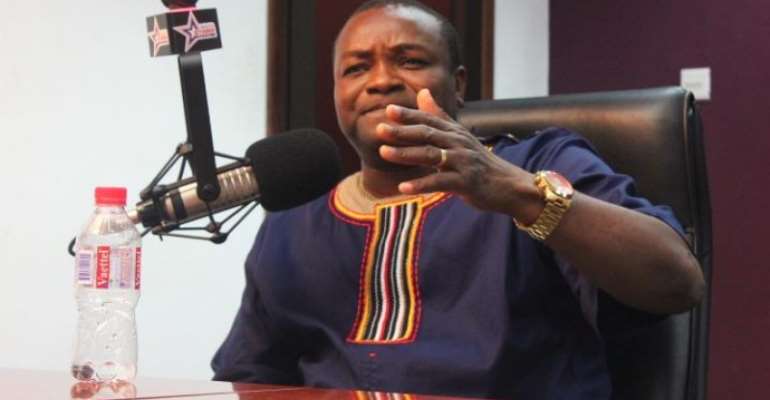 The founder of the All People’s Congress (APC) has appealed to Ghanaians to give him just four years to change the country.

According to Dr Hassan Ayariga, until Ghanaians stop recycling the NDC and NPP, the country will not see any significant change.

Speaking on the Hotseat on Starr FM Friday, Dr Ayariga said he will not contest for another term if he wins the 2020 polls.

“The media can sell a bad commodity to the people and make it look good. The media keeps selling NPP and NDC to the people. If I get the kind of attention the media gives to NPP, NDC, I’ll win every election in this country. It’s time for Ghanaians to give Hassan Ayariga one term,” he said.

He stressed: “I think the NPP and NDC are wasting our time with this infrastructure argument. The point is, we should be asking how much of the borrowed monies were used for infrastructure. I don’t want to be president for 8 years. I want just 4 years. I want to put in structures and the leave but my problem is who will take after me”.

The APC will on Monday elect its Presidential candidate and acclaim national executives ahead of the December polls.

Commenting on the elections, Dr Ayariga said the base of the party believes in his leadership skills.

“I’m the national chairman of the party. It’s not like people do not want to contest, but when they believe in your leadership, they won’t contest you. I have the leadership skills to lead this country. In 2016, I was contested internally but I won by 99%”.