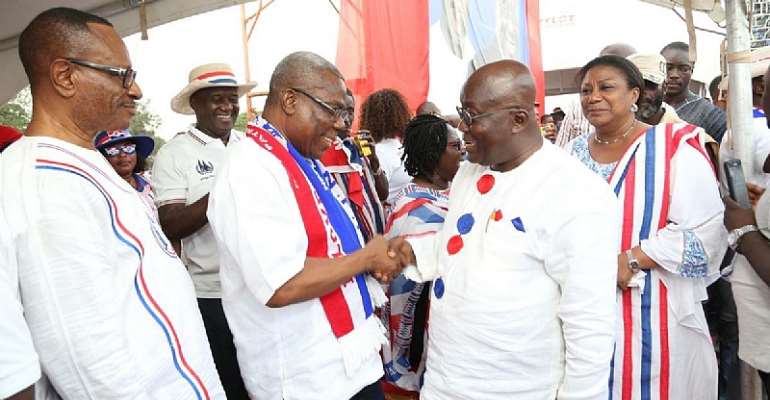 The campaign manager for the New Patriotic Party, Peter Mac Manu said they will defeat the National Democratic Congress by over 1.5 million votes in the December polls just as it did in the 2016 elections.

Speaking on the Campaign Trail on the Starr Midday News, Mr Mac Manu also stated that the NPP is also seeking to win over 56 per cent of seats in Parliament in the upcoming polls.

“We want to beat John Mahama by over 1.5 million votes. And in parliament, we are seeking to get over 56% of the seat. As far as the comparison is concerned, we are looking at how far we have brought the country and where we need to go with the 4 more for Nana.”

“We didn’t make promises in vacuum. The promises were made because we were in tune with electorates to know what they want. The NPP respects the voter and we are not going to take them for granted. The NDC are very inconsistent so they’re not giving the voter an appetite to choose.”

Meanwhile, the presidential candidate of the NDC, John Mahama, is proposing a debate of track record of delivery with President Akufo-Addo.

Addressing the Chiefs and elders of Dzolokpuita in the Ho West constituency as part of his four-day tour of the Volta Region on Wednesday, Mr Mahama said the NPP in 2016 did not appreciate the value of his government’s investments in critical infrastructure.