"See Me As The Honest, Trusted President; I've Walked My Talk And Delivered" – Akufo-Addo 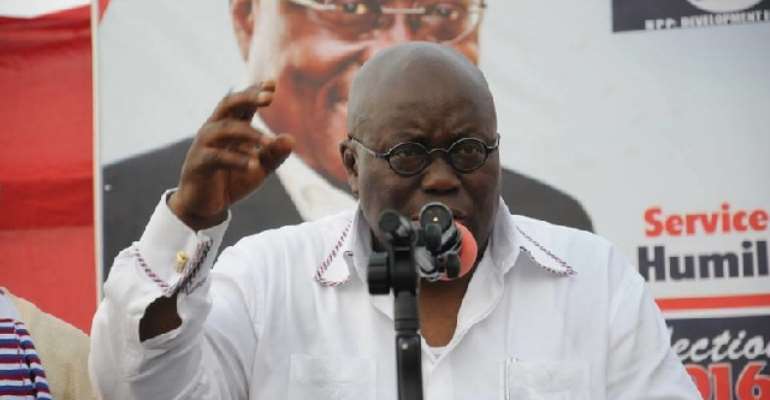 See me as an honest and trusted man who has delivered virtually all his promises, President Akufo-Addo has said to Ghanaians in the lead-up to the 7 December 2020 elections.

“When you are president, in my view, you’re judged even more, not by what you have said but what you have done”, the President told Mary Ama Bawa on ATL’s Atlantic Wave Morning Show in the Central Region, where is currently touring.

“I’m hoping that what Ghanaians will understand by December is that, in the case of this particular president and this particular leader, the gap between what he said and what he has done is narrow, is almost non-existent”, the President noted.

“I want to come across the people of Ghana as an honest man, a man they can trust because of my performance – what I’ve done in government, the key matters that I said I was going to do, I’ve gone a long way in doing them and, therefore, when they look at their future in these very difficult times; all of us are aware of the very difficult times that we live in, the COVID world that has had a devastating impact on all countries around the world, on all economies around the world – that they have before them a political leader who has walked his talk, who can, therefore, be trusted when he says I can help get us out of this situation and put our country and ourselves in a better place”, the President said.

“That is the main message that I want to deliver this December”, he added.

The $8-million project, which officially commenced in March 2018, had over 400 workers, including out-growers as of late last year.

It is estimated that the Ekumfi Juice Factory would create 5,000 direct out-grower jobs within the community and its environs.

The factory can process about 300,000,000 packs of juice annually for the local market and export, and would generate close to GHS530 million in revenue.

In November 2019, there was excitement in Parliament, especially among the Majority Caucus, when a pack of Eku Juice popped up in the law-making chamber during the 2020 budget debate.

The Minister of Information and MP for Ofoase Ayirebi, Mr Kojo Oppong Nkrumah, displayed the well-packaged juice on Monday, 18 November 2019, while contributing to the budget debate.

He used it to demonstrate how the One District-One Factory programme of the government has benefitted the country.

Mr Nkrumah told the house that many of the flagship programmes were yielding results including the factories under the 1D1F.

“When we rolled out the 1D1F programme, there was a lot of mockery but that flagship programme, in addition to the stimulus package that was provided, is beginning to bear fruit. I hold in my hands here ‘Eku Juice’ from the Ekumfi Juice Factory soon to be rolled out onto the market. Another project of the Akufo-Addo administration in the Central Region which was subjected to so much ridicule, but today that flagship programme is beginning to bear fruit”, he said.

Still within the Central Region, the President will also officially open the Casa De Ropa Potato Factory at Gomoa Bewadze in the Gomoa West District.

In October 2018, President Nana Akufo-Addo visited the factory and expressed overwhelming confidence in its potential benefits.

According to him, the potato industry could be a great game-changer for Ghana if given the needed attention and resources.

Casa De Ropa started producing bread, chips, and other pastries from the ‘Orange fleshed sweet potato’ variety for public consumption even before the company got opened.

Interacting with the CEO of Casa De Ropa, Ebenezer Obeng Baffoe, during his visit, the President said: “This is real a game-changer”, adding: “This represents what I have been preaching about growing what we eat and eating what we grow. The government will offer all the support needed for the thriving of this burgeoning industry”.

President Akufo-Addo tasted some of the chips, the bread and other products that had been made from potato and remarked, “It is, indeed, good and I love the taste.”

The President said the government will continue to empower the private sector to spearhead the provision of jobs and the production of food for the local economy.

“The idea about the One District, One Factory has been manifested here at Casa De Ropa. The provision of jobs and the production of food for the consumption of the people. The government is on course to change the situation of the Ghanaian through this,” he said.