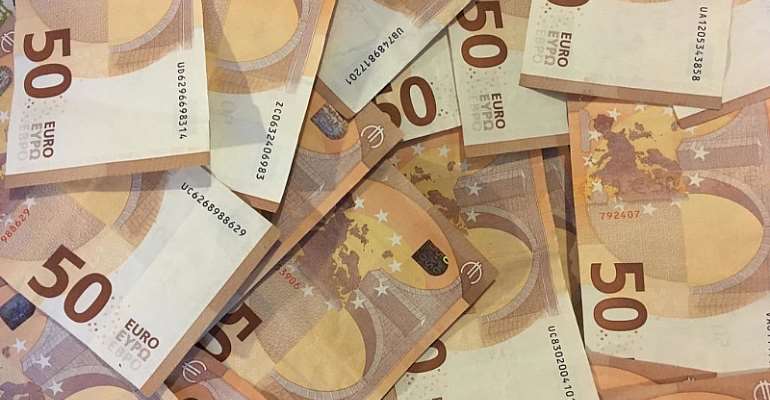 The three biggest economies of the EU, Germany, the UK and France, are piling up massive debts in order to cope with the economic onslaught caused by the Covid-19 pandemic. Some can deal with it, but others may face unsurmountable problems.

Germany must take more debt in 2021 than it foresaw in order to counter the impact of the coronavirus on the economy.

"Next year we will continue to be forced to suspend the debt rule and spend considerable funds to protect the health of citizens and stabilise the economy," said German finance minister Olaf Scholz said in an interview with the Funke media group.

He referred to Germany's cherished policy of keeping a strictly balanced budget.

Scholz already plans to borrow around 218 billion euros this year to help pay for a massive rescue package, which he has described as a big "bazooka", to steer the country through the coronavirus-induced downturn.

That decision marked a radical change in German borrowing policy after it amended the constitution in 2009 to rein in spending with a so-called debt brake.

The rule, introduced at the height of the financial crisis, prevents Berlin from taking on more than the equivalent of 0.35 percent of gross domestic product (GDP) in new debt in any one year in normal times.

Despite a weaker economic environment, the German government posted a record 13.5 billion euro budget surplus in 2019.

The European Commission and the International Monetary Fund have long argued that Germany's tight purse strings have caused imbalances in neighbouring economies and hindered stimulating growth in Europe overall.

'Paying off'
But the pandemic emergency has prompted Berlin to open the money taps like never before.

Merkel's government has pledged more than a trillion euros in aid to shield companies and citizens in Europe's top economy from the virus fallout, including through loans, grants and subsidised shorter-hours programmes.

Scholz, also the vice chancellor of Germany, said he was expecting the economy to have recovered from the shock and returned to pre-pandemic levels by the end of next year or the beginning of 2022.

When asked how the debt would be paid down, Scholz lauded the performance of the German economy and the years of rigorous budget management before the crisis struck.

"This is paying off right now, with our bazooka we are going flat out," he said.

At the end of July, total accumulated debt hit the equivalent of 2.2 trillion euros, the Office for National Statistics (ONS) said in a statement.

That equated to more than 100 percent of the country's annual gross domestic product, or total economic output, for the first time since 1961.

Compared with July 2019, UK debt increased by £227.6 billion, reflecting the huge increase in borrowing needed to tackle the pandemic.

"This crisis has put the public finances under significant strain as we have seen a hit to our economy and taken action to support millions of jobs, businesses and livelihoods," finance minister Rishi Sunak said.

"Without that support things would have been far worse."

Britain's economy shrank by one fifth in the second quarter, more than any European neighbour, as the lockdown plunged the country into its deepest recession on record.

Too little too late for France?
France, too, faces its worst recession in decades with its GDP shrinking 11% and a massive increase in unemployment with "several hundred thousand more unemployed in the end of the year ", according to the labour minister Elisabeth Borne.

Next Tuesday, Paris will unveil a plan that is to restore France's economy to pre-Covid-19 levels by 2022.

It follows a 460 billion euro emergency package that has been issued since the beginning of the crisis which aims to help small and medium-sized enterprises and offer support to households.

Company taxes will also be decreased with some 20 billion euros over a two-year period.

But criticism of the French plans is rife.
"There's very little money put on the table, it won't be up to the task,” said Adrien Quatennens, of the opposition party La France Insoumise, during an interview with broadcaster France 2 on Wednesday

He compared the French move with the massive amounts of money Germany has put at the disposal of its citizens while being less hard hit than France.

"If you want to avoid dramatic human consequences, you must anticipate," added president of the Hauts-de-France region, Xavier Bertrand, in L'Opinion.

Like other elected officials in Auvergne-Rhône-Alpes, Ile-de-France or Corsica, he has decided to set up his own regional recovery plan.

Paris may have hesitated to put its own plans into effect as it wanted to wait for the European recovery plan concluded at the end of July, which will direct some 40 billion Euro in subsidies to France.