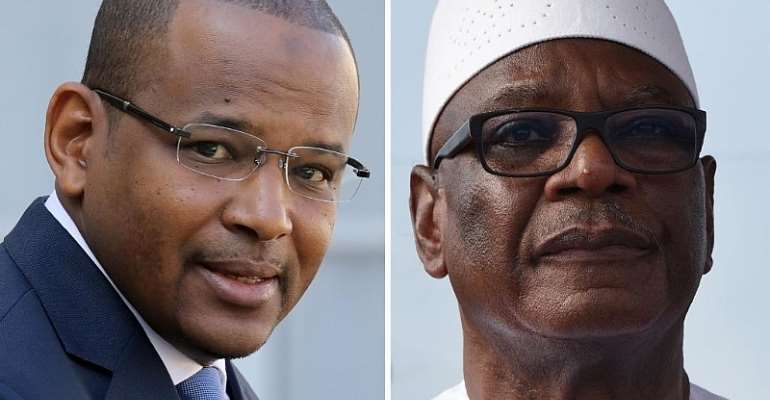 The United Nations said Friday it had gained access to Mali's ousted president and other detainees who have been held by mutineers since a military coup on Tuesday.

The UN's announcement comes amid mounting international pressure on the new junta and ahead of a mass rally by an opposition coalition in support of the mutineers.

There had been no word about President Ibrahim Keita's whereabouts until now.

On Tuesday, Keita dissolved parliament and then resigned after being detained at gunpoint, deepening the crisis facing a country struggling to fend off an insurgency by Islamist militants.

Since then, no one knew where he was and whether he was still alive.

According to the UN's peacekeeping mission MINUSMA, Keita is being held in a villa in Kati near the capital Bamako, along with his prime minister Boubou Cissé. They have no access to TV, radio or phone.

UN visit
In a tweet, MINUSMA wrote that a human rights team went to Kati on Thursday night in the framework of its mandate to protect human rights and was able to gain access to Keita and other detainees.

The 75-year-old ousted leader "looked tired but relaxed" they said, describing his conditions as "acceptable."

The other detainees are being held in a training centre, where they are sleeping on mattresses and watching television, according to witnesses to the visit.

Two prisoners released
A member of the junta, speaking on condition of anonymity, said it had authorised a UN human rights mission to visit all 19 prisoners in Kati, including Keita and Cisse.

The reported release came shortly before mass rallies, staged by a protest coalition that had been demanding Keita's resignation and has since embraced the mutineers.

Fragile transition
The rebel soldiers named their organisation the National Committee for the Salvation of the People, under the leadership of a 37-year-old colonel named Assimi Goita, and vowed to create a transitional council and stage elections within a reasonable time.

The junta's spokesman, Ismael Wague, said on Thursday: "A transitional council, with a transitional president who is going to be either military or civilian will be appointed."

The transition will be the shortest possible, he told France 24 television.

The international community has joined African leaders in condemning Mali's latest putsch and demanded the detained leaders be freed.

Leaders of the 15-nation West African regional group Ecowas on Thursday demanded Keita be restored as president and bluntly warned the junta that they bore responsibility for the safety and security of the detainees.

Ecowas has vowed to dispatch a high-level delegation to ensure the immediate return of constitutional order. It is scheduled to arrive on Saturday.