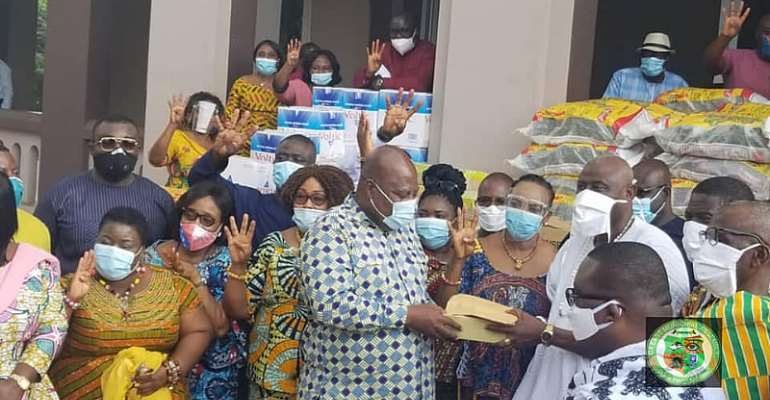 The presentation made at Dodowa, the capital of the Shai Osudoku District, in the Greater Accra Region comprised food items including bags of maize and rice, assorted drinks, cartons of mineral water, and an unspecified amount.

The President of the Regional House of Chiefs, Nii Okwei Kinka Dowuona, who is also the Paramount Chief of the Osu Traditional Council, received the donation on behalf of the GAR House of Chiefs and expressed utmost appreciation for the gesture.

The Hon. Regional Minister and his delegation thereafter engaged the House of Chiefs in very fruitful discussions centered on measures to move the region forward and the collaboration between the administrators and the traditional authorities.

The Municipal Chief Executive (MCE) for the Ga East Municipal Assembly (GEMA) Abokobi, Hon Janet Tulasi Mensah, was among the Hon. Regional Minister's team together with her colleague Metropolitan, Municipal and District Chief Executives (MMDCEs) in the Greater Accra Region.