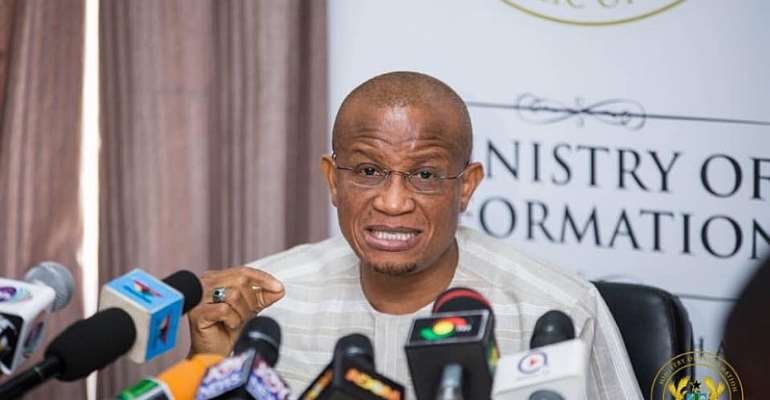 The ruling New Patriotic Party (NPP) says it will not be pressured to allow President Akufo-Addo to participate in any debate with former President John Mahama on infrastructural records.

The Deputy Campaign Manager for the NPP, Mustapha Abdul-Hamid said Mr Mahama has no moral right to throw a challenge for a debate given some comments he made about such debates in the past.

“That challenge is unnecessary. Taking it or not is unnecessary. First of all, this challenge by Mahama clearly shows what we have told the Ghanaian people that he is a person who has no principle and stance on anything. He is a flip flop, he is wishy-washy and indecisive.”

“In 2012, he said clearly to the people of this country that debate about records is a recipe for mediocrity. So what has changed that he wants a debate on infrastructure records that he wants us to descend into the mediocrity that he is in? We are not ready for his mediocrity. He is indecisive and wishy-washy. We are not interested in any debate. It is not necessary”, he said on Eyewitness News on Thursday.

Mr. Abdul-Hamid believes Ghanaians are already “awarding their marks”, on the achievements of the NPP in comparison with that of the NDC hence any debate to set the record straight in a “theoretical debate” will make no significant change.

“For me as far as I am concerned, I don’t think theoretical debates are necessary. People feel what we do in their everyday lives, and they are in a better position to make their judgement on December 7 with or without debate,” he added.

The Flagbearer of the National Democratic Congress (NDC) during his tour of the Volta Region threw a challenge to President Akufo-Addo for a debate on their respective administration's records on infrastructural development.

“I am willing to present myself for a debate with President Nana Akufo-Addo any day, any time, anywhere,” Mr. Mahama said.

It follows the Vice President’s presentation where he announced that the Akufo-Addo administration has initiated 17,334 infrastructure projects in various parts of the country since assumption of office.

He noted that 8,746 of the projects have been completed while the remaining are ongoing.

John Mahama feels a debate will be an adequate avenue for the comparison of records with the hypocritical Akufo-Addo administration.

“It is easy to settle the issue of infrastructure. After all, the President said it is going to be an election of track records; comparing his track record to my track record. We can settle it easily. Let's have a debate between the two of us. The two presidents. Let Nana Akufo-Addo come and sit down. Let me sit down and let's debate our records,” Mr. Mahama said.