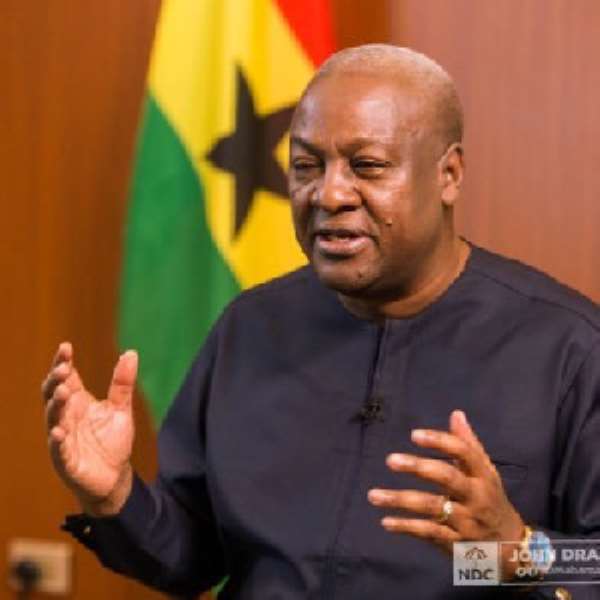 Former President John Mahama has mocked the Akufo-Addo administration over some of the infrastructure achievements mentioned by Vice President Dr. Mahamudu Bawumia in his town hall address on Tuesday.

“The President said this election is going to be an election of track records, comparing his track record to my track record and we can settle it easily. Let’s have a debate between the two presidents about our records,” Mahama noted when he addressed Chiefs and elders of Dzolokpuita in the Ho West constituency as part of his campaign in the Volta region.

Meanwhile, members of the Ghana First Contractors Association are angry with government for laying claim to some toilet projects in the country.

PRO for the group Yaw Dickson said “we are very unhappy because the same minister who just spoke to you this morning, a town hall meeting which was held in Kumasi. One of our members asked a question on this project, the same minister said government has no agreement with Ghana First Company and therefore it is a purely private agreement and therefore if we have any problem we should go and see the company.”

“The same way the minister responsible for water and sanitation also came out to say that government has no acquaintances with Ghana First. Meanwhile, before getting to the contract, we had seen on social media, we had seen a letter from the ministry of local government, letter from the ministry of sanitation clearly stating that they have an arrangement with Ghana First. It has been three years down the line, people have gone to invest their money in this project. None of us has received a penny,” he lamented.