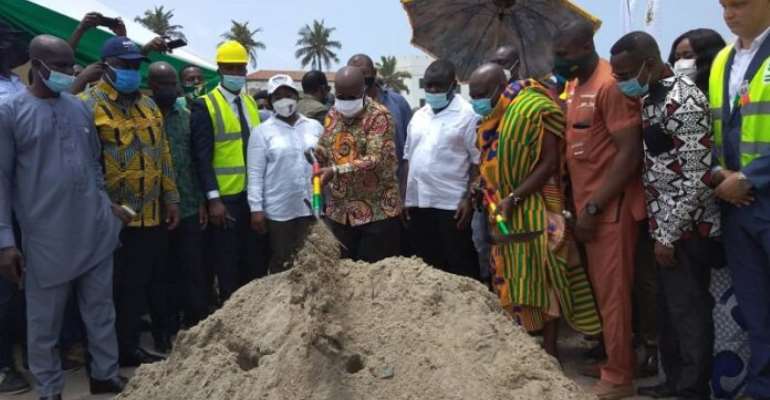 President Akufo-Addo has appealed to the people of Elmina and in the Central Region to vote for him and retain him in power based on his many achievements in his first term in office.

Addressing a gathering on Thursday at Elmina when he cut the sod for the Elmina Landing Beach Site and Elmina Fishing Port Rehabilitation and Expansion Projects, the President said maintaining him in power will enable him to continue with his development agenda to improve the living conditions of Ghanaians.

He noted that he’s been truthful to Ghanaians as he’s fulfilled all his promises made ahead of the 2016 election.

“I promised Ghanaians during the 2016 electioneering campaign and I have fulfilled all my promises. The few remaining things are also being worked on currently. You are witnesses to my good work that is why I’m appealing to you to once again vote for me come December 7 election. I urge you to vote for me massively than you did in 2016.” 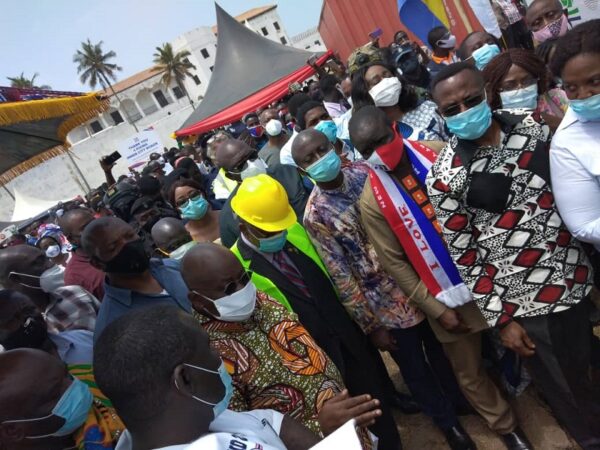 On his part, the Omanhene of the Edina Traditional Area Nana Kojo Kondua VI expressed disappointment over the neglect of the Chiefs of Elmina in the Financial running of the Elmina Castle.

He also requested President Akufo Addo to help them build a new palace as they currently rent an apartment that serves as their palace.