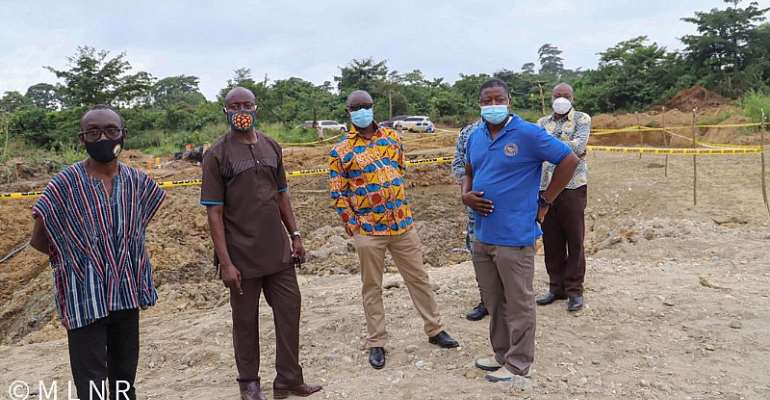 The Community Mining Schemes are in fulfillment of the ruling New Patriotic Party’s 2016 manifesto promise.

In all, there are about 120 concessions under the Community Mining Scheme in the three areas, with 16,000 jobs expected to be created.

Speaking at the launch, Mr. Asomah-Cheremeh reiterated that the Community Mining Scheme is a novel gold mining model being introduced by the NPP Government to address some of the underlying causes of illegal mining (galamsey), within the mining communities throughout the country.

According to him, the Scheme is an adaptation of small-scale mining as provided for under sections 81-99 of the Minerals and Mining Act, 2006 (Act 703).

He noted that it is yet another innovative policy initiated under the Nana Akufo-Addo’s administration which is aimed at providing members of mining communities the opportunity to engage in lawful and meaningful mining ventures and ensure sustainable livelihoods for the beneficiaries of the Scheme.

To ensure a successful implementation of the scheme, the Minister reiterated that some key strategies have been infused into the Community Mining Scheme.

The strategies, he mentioned, are: formation of Community Mining Oversight Committees; Adoption of the Small Scale Miners Code of Practice; and provision of support services to the community miners.

Traditional and political actors from the three areas, Bekwai Municipal, Adansi Asokwa, and New Edubiase, hailed the Government and the Lands Ministry, for coming out with such an innovative and Community oriented mining scheme.

They expressed the belief that the scheme will go a long way to improve the living conditions of residents through the creation of decent jobs, among others.

Nana Amoanimaa Dede II, the Omanhene of Bekwai Traditional Council, was full of praise for the introduction of the Community Mining Scheme and Government’s efforts to ensure the protection of the environment and water bodies.

He therefore warned the miners not to destroy the environment and water bodies.

He also urged them to pay the necessary taxes to the State for the development of the country.