Irreparable Technical Knock Out: The Loss Of African Morals 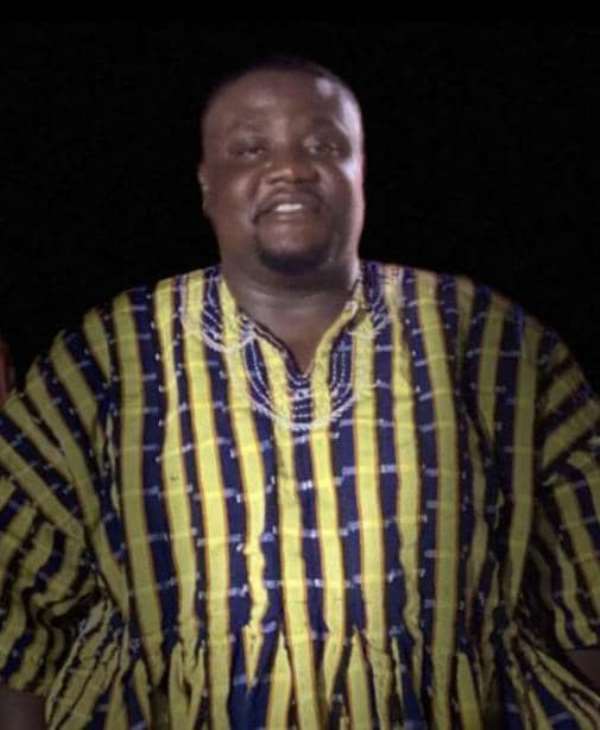 “If people can’t acknowledge the wisdom of indigenous cultures, Then that’s their loss”, Jay Griffiths.

These customs and traditions were S.I. Unit (Standard Unit Measure) for sustenance and African well being. African Morals were found in their myths, proverbs, and taboos and were carved and applied purposely to regulate human behaviour and community life.

The African community was basically a communal one and what happens to one affected the entire populace. This is exemplified by the popular saying by one of Africa's renowned writer J.S Mbiti, in his book titled “African Religions and Philosophy” published in 1969. In his work, he defined the African existence as "I am because we are and, since we are therefore, I am”. This is the communalism aspect of African life and this phenomenon permeated the African value of character formation and training and was a shared communal responsibility.

The entire African society was responsible for the upbringing of the African child hence; the moral decadence on the child was a disgrace to the community.

The impartation of African values such as respect, hardwork, humility, courtesy, etc was a communal affair and was jealously guarded by everybody.

The African system of extended family depicted the "We feeling" among Africans. Simply put, in Africa "Everyone was for everyone".

Which round did Africa get the knockout?

The African continent experienced the knockout with the advent of European intrusion and the consequent introduction of Christianity coupled with European governance system. The shocks that came with this upsurge of an "alien philosophy" were too huge for the African to survive the massacre. School systems were tailored along European ideas, African values were rendered outmoded with the introduction of Christianity and everything African was branded “devilish” to the extent that African Christian converts were separated from the supposed “pagan” African Population.

The fact should be reiterated without any shred of equivocation that, the African system was not porous as it was portrayed. The existence of practical governance systems which were embedded in the chieftaincy institution was an epitome of high-level civilization. The Europeans capitalized on to this to govern the African People. With the introduction of the most popular Policy of "Indirect Rule", European officials used African Chiefs to govern the African people. This policy was so effective that it was popularised in many of the British West African colonies.

Fast forward to "Modern" times, westernism and Education have taken over the African space. There is little emphasis on African values. The church, school and the mosque which have taken the mandate of moulding character now has failed in strengthening morals with the passage of time. Parents now leave their children's formation to an uncontrolled electronic medium thus the television and mobile phone. Parents now seek for money at the expense of their kids training and the insatiable taste for money, materialism and survival have become the order of the day. Nobody straightens anybody’s child. Children have been brainwashed with excessive human rights through formal education.

It is not surprising that, in Africa now success is measured by wealth in cars, mansions, accessories. People now use all crooked means to acquire wealth due to the self-imposed pressures of the time.

Wealth has destroyed the environment through illegal mining and the African who was more particular about his environment with several conventions to protect water bodies now has little respect for the revered earth goddess, “Asaase Yaa” among the Akan of Ghana.

Young girls and boys do not believe in the quality of life and that wealth should be acquired by any means necessary.

Another phenomenon of the day is the supposed Institution of Celebrity. Africa has virtually lost men and women of substance to the extent that people who have become "ridicule" to society now assume the position of Celebrities. They have gradually become the role models for the young generation. I sometimes wonder the demarcation for celebrity and the relevance of these so-called figures and their impact on society. What do we celebrate about them? Nudity, Uncouth language, colour bleaching, drugs, sex Evangelism, alcoholism? We are definitely not in normal times in Africa because African values itself is now under a serious Pandemic. Shortcuts to success are celebrated against hardwork.

If Truly The church and the mosque has taken over to mould character of this generation, then I will not mince words to say that these religious bodies have failed to produce responsible citizens for society. The African society has not been this chaotic.Children insult the elderly with impudence and they get support from people?. Where did we go wrong as a Continent??

The African had the chance to take their destinies into their own hands after independence by re-shaping school curriculum to suit the African Philosophy but this did not materialise. The African television program content is more European than African. Well, maybe it is because television was manufactured in Europe. Back in the days, there were Several African television series which were very rich in moral values and this impacted the generation. A classical example in Ghana is "By the fireside show". Ghanaians now have basically turned into Indians with the proliferation of their Soap operas. It is not surprising to see Ghanaian traditional marriages with Indian outfits.

As reiterated earlier, very soon the television will become the "parent" of the nation to train up our kids.

We need to get up and meet the fight square on. I believe in an Africa which has the quest to project its values. Until then, the African is dizzy on the ground with a western punch. Education is meant to move us forward but it looks like the African Education we have today is taking us back.

Dont be too surprised when you ask your daughter or son his future career after investing heavily in his or her education to tell you he will be a Slay Queen or King or a delegate of a political party.